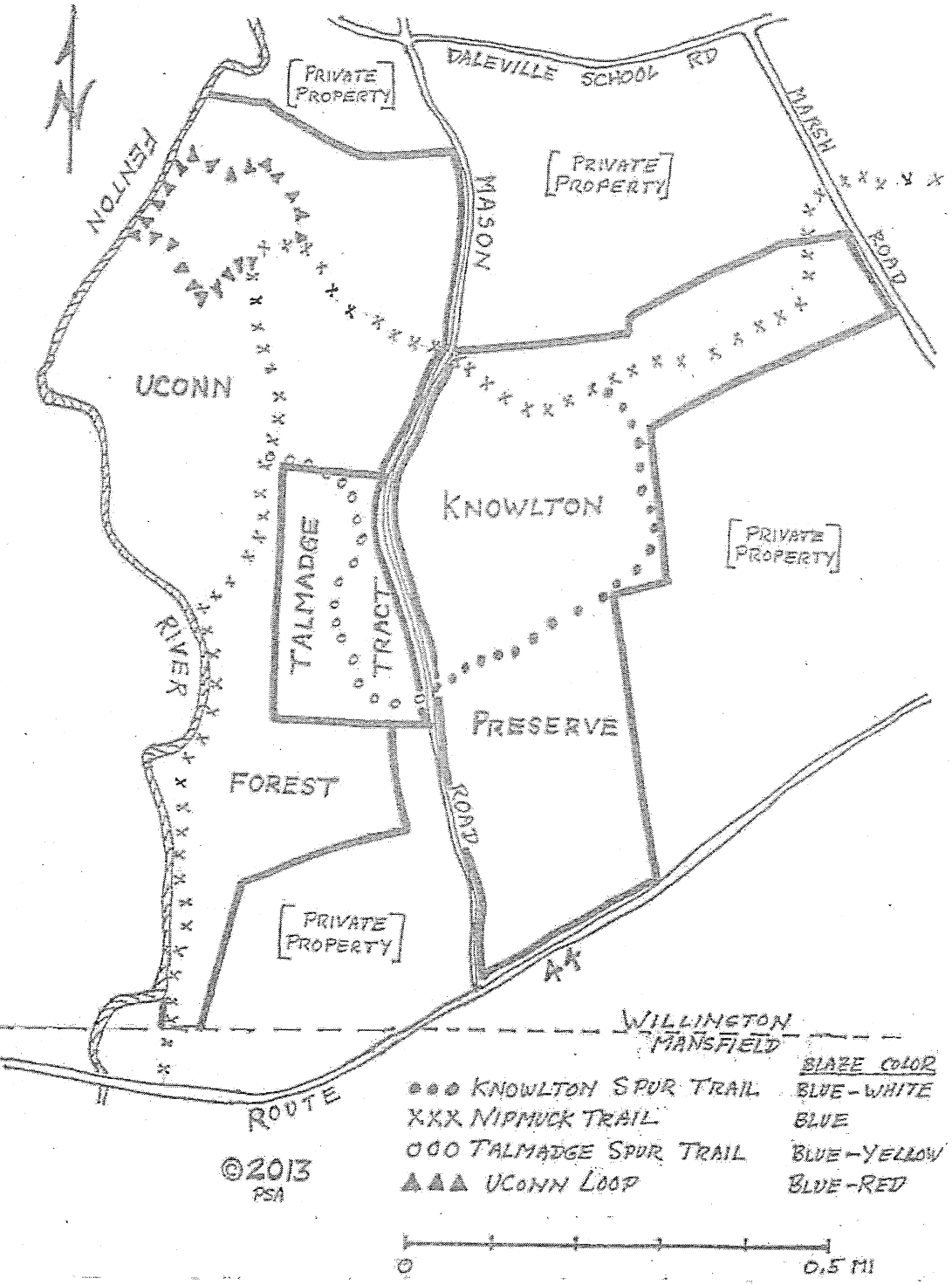 For accuracy’s sake, I’ll preface this by saying that I’m including the UCONN Forest, this portion of the Nipmuck Trail, and the Royal Knowlton Property all under the Talmadge Tract heading, despite it likely being the least significant of the three.  The entire section of trails between the Talmadge, UCONN forest, and Knowlton (including going to Rt 44 and back on the Nipmuck) is nearly five miles of hiking.  Likely about 3.5 just did a loop and skipped the “out and back” of this section of the Nipmuck.

The Talmadge Spur trail is only about a third of a mile that heads downhill through young forest and crosses a small unnamed feeder stream to the Fenton River.  By its name, this spur trail mainly serves as a connector to the blue blaze Nipmuck trail as it passes through a northern section of UCONN forest known as the Moss Tract.

Like much of the Nipmuck it follows the Fenton River north from Rt. 44.  After crossing the road the trail passes through an easement between houses and reaches the sandy edge of the river.  The landscape gains contour along the river valley banks with soft needles underfoot and small streams rushing towards the river.  The trail turns from the river and heads towards the .6 mile UCONN loop.

The loop is the highlight of the trails here.  A small ravine with striking rock formations is nestled inside a hemlock grove.  It is the kind of scene to stop and sketch while perched atop a mossy boulder.  The loop then rejoins the Nipmuck as it heads towards the Royal Knowlton Preserve.

The trail through the Royal Knowlton Preserve is an old forest road that eventually narrows to a rough path where the Nipmuck Trail was rerouted to access Mason Rd.  There is also a short trail that loops back to the original parking area.

Purchased by the town in 2006 with help from the DEEP, CFPA, and Joshua’s Trust. 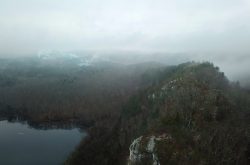 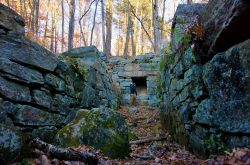 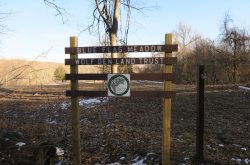