Parking: At the end past 10 Echo Farm Road, Moodus, CT 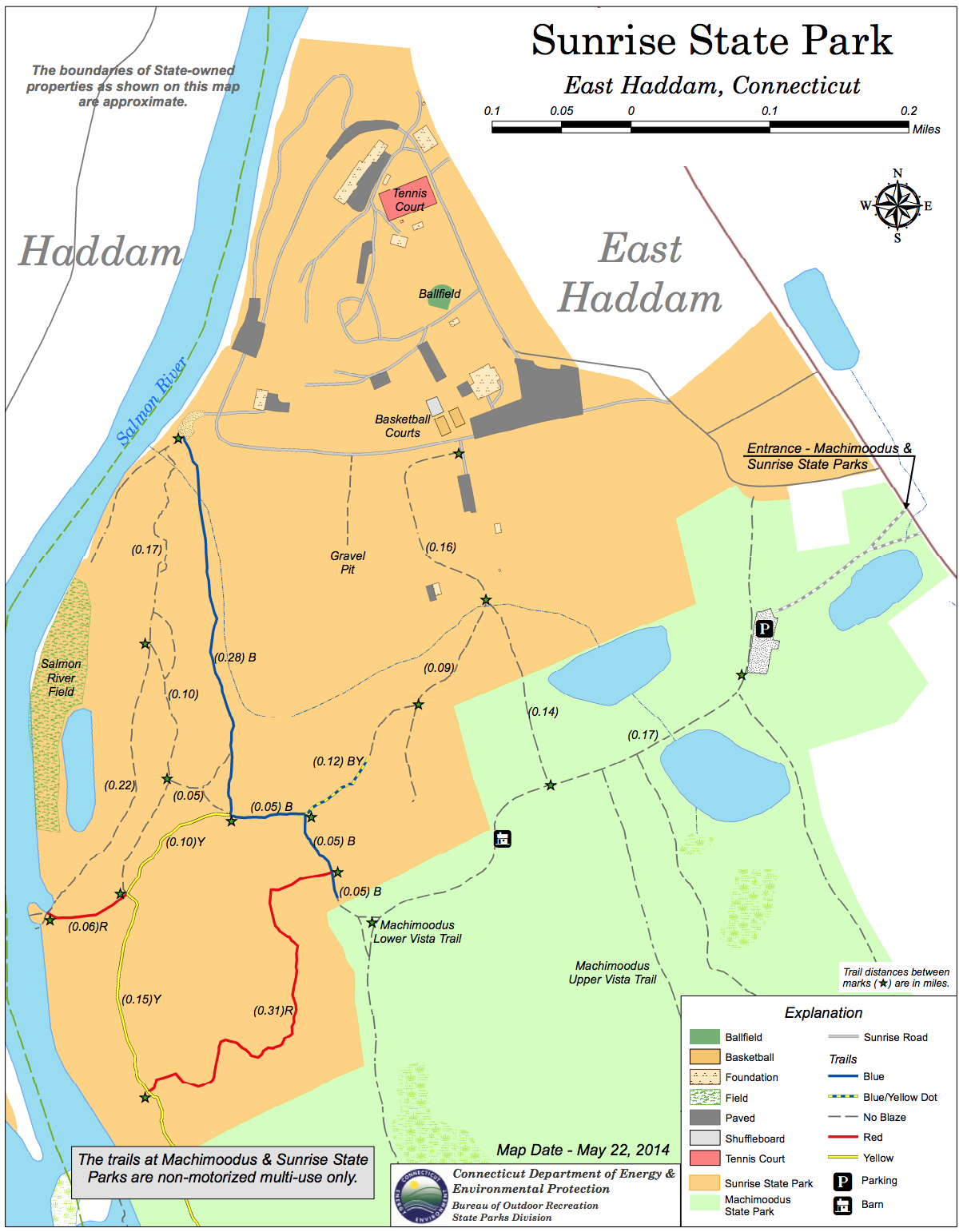 Sunrise State Park is reclaimed resort that is in the process of re-wilding sitting right next to Machimoodus State Park.  Passing through the last remaining buildings the asphalt driveway goes all the way down the Salmon River.

A spacious boat launch that is now a popular spot for renting kayaks sits alongside the river and it was pretty popular on my last visit with people resting and fishing along the banks.  Asphalt former roads snake through the property though the buildings they used to lead to have been torn down for nearly a decade.

Exploring here is certainly a unique nature experience since it is still meshed with it’s man-made past. here are old courts and many remains that indicate the properties former life.

I haven’t been when the kayak rentals are in season, but this stretch of the Salmon River seems peaceful.  It’s about 3 miles upstream from where it joins the Connecticut River.

The area has been a resort since 1916 when it was first developed by Henry Engle and partner Ted Hilton who started by running rowboats on the Salmon River.  They were slowly able to build a resort over the years called Ted Hilton’s Hideaway by adding a cabin or two each year.  By the 1940s the property could hold 600 people.  The area was popular for resorts including another current park George Dudley Seymour State Park.

The resort expanded over the years to include mini golf, courts and sports fields, waterskiing, and in the 1950s had the largest pool in the state of Connecticut.  In 1965, it was purchased by Frank Davis and his wife Dot Lindvall, who had worked there since 1937.  They ran it as the Frank Davis Resort until 1986 when it was sold to the Johnson family.

The state was originally interested in the property as an RV campground and purchased it in 2008 for somewhere between $2-3.2 million.  It was established as a state park in 2009, however, due to the financial crisis the former resort floundered for several years.  The 82 buildings on the property, cabins, kitchens and dance halls, slowly deteriorated until the state knocked them down in 2013. 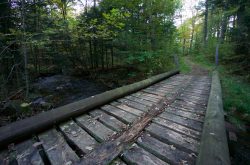 Above All State Park 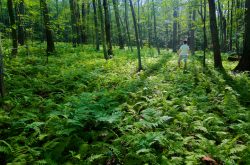