120 acres in Eastford and Woodstock, CT 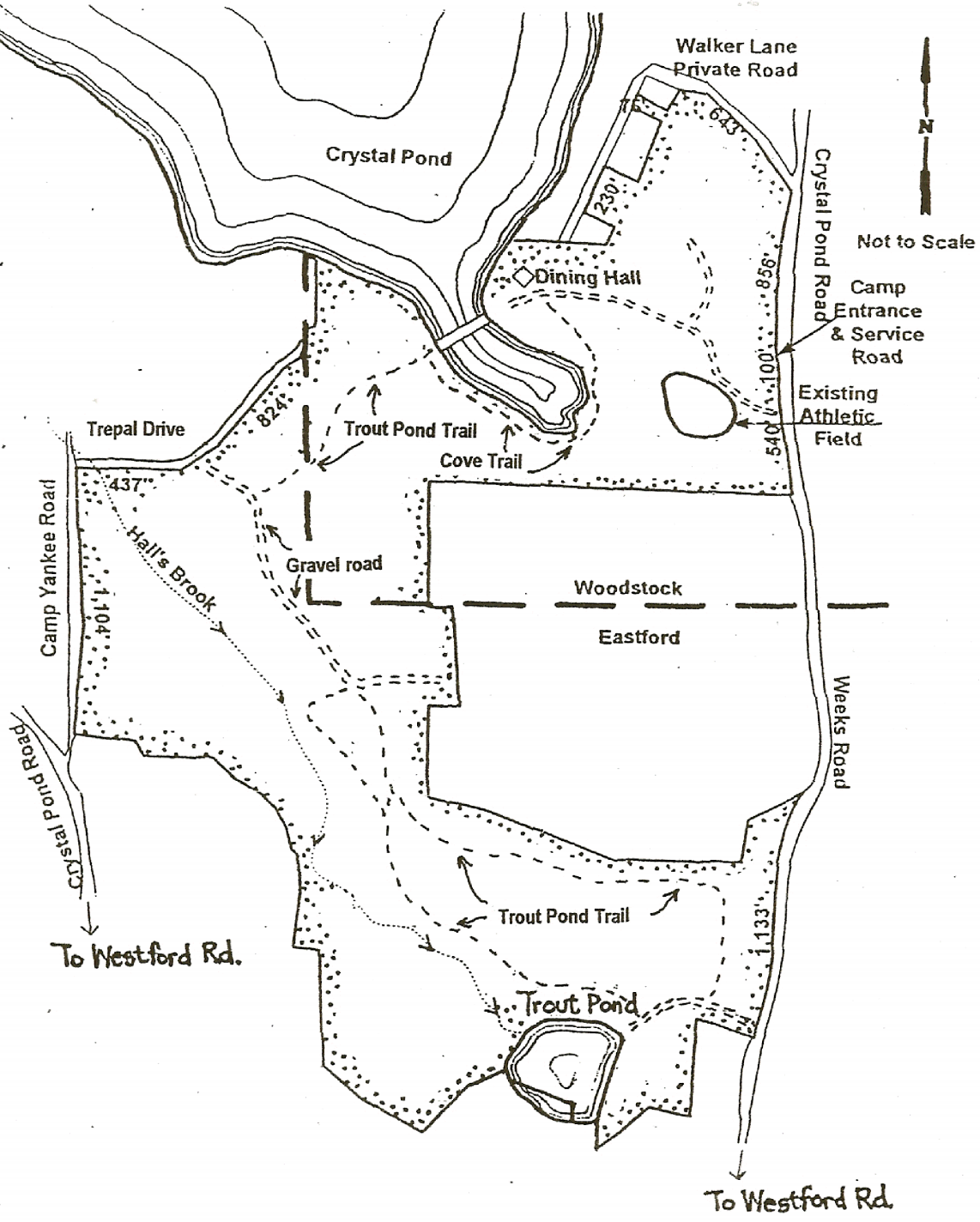 Formerly Camp Nahaco, the park’s name changed to Crystal Pond in 2017.  The main draw to this park is the 18-hole disc golf course that swoops through the eastern side of the property.  On a chilly December afternoon, I saw at least four groups on the course.

To the side of the parking lot is a large “existing athletic field” that sits between the community pavilion, the winter cabin, and the service road.

I crossed the field and headed down into the woods on a small trail that quickly opened to an amphitheater at the focal point was an old shoe.  Some small connecting paths skirted a disc golf hole and connected me to the Cove Trail.  I’m sure there is plenty of work to do here and the trails, while passable, don’t receive much attention.  There was tons of recent beaver activity along the cove.  As I neared the bridge spanning the cove’s mouth I saw the lodge and a large beaver calmly gnawing down stock sticks.  He let me get within 20 feet without a care in the world and I left him undisturbed after getting a few pics, who knows, maybe he enjoys the attention.

I then headed south on the Trout Pond Trail up into the forest.  The trail alternated between wide easy path and narrow overgrown sections.  I think I should be thankful I visited in December as these may be more difficult to pass with foliage.  I did pass a strange freestanding cinderblock nook that at one time had a door.  The trout pond isn’t much to look at and I completed the figure-8 loop back to Crystal Pond.  The park seems to contain a section of the Old Connecticut Path evidenced by a large banner at the parking lot.  But I haven’t dug into it enough to speak confidently about its significance. 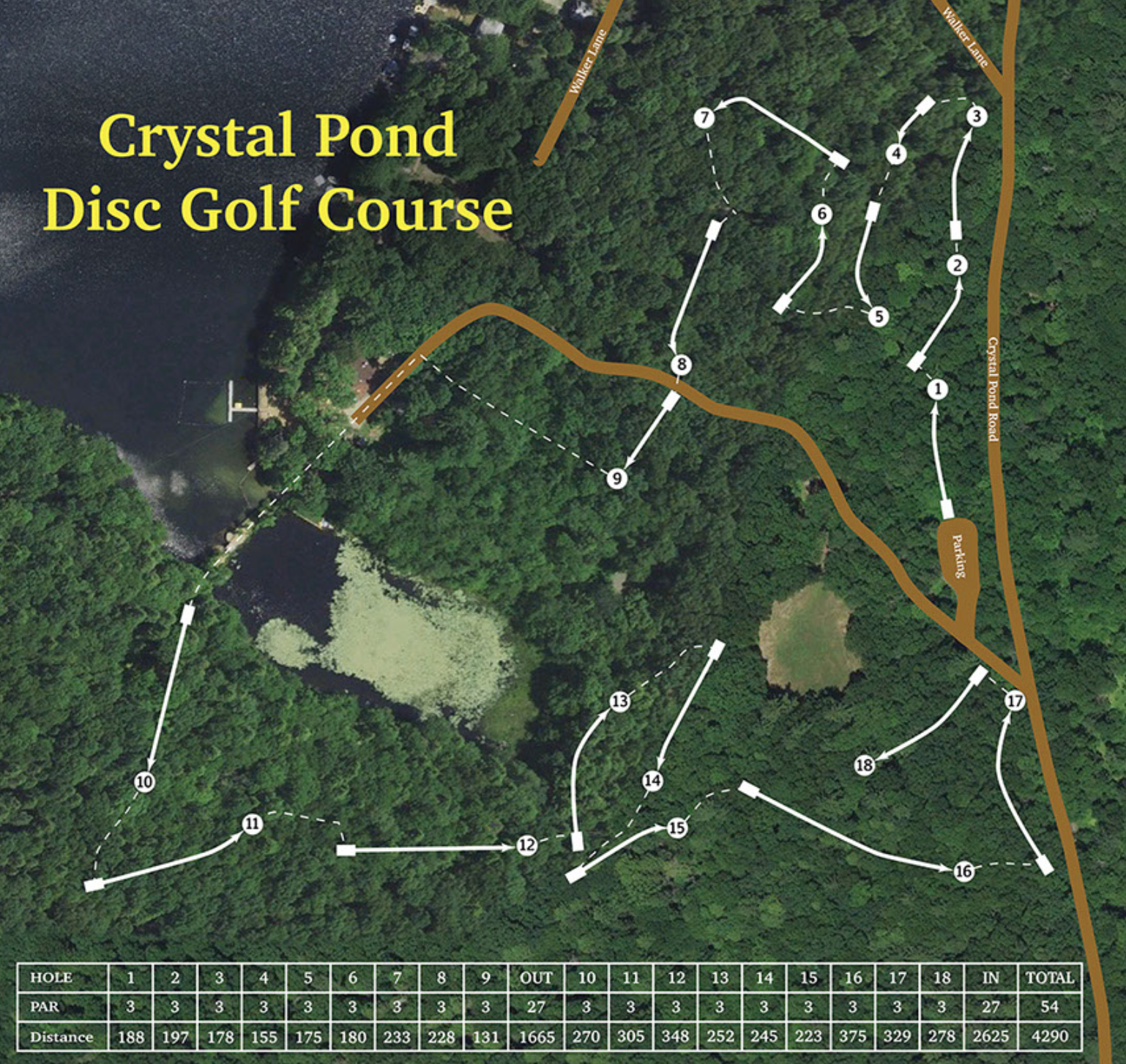 I visited a second time in summer 2019 to play the disc golf course.  Full disclosure, I’m a complete beginner so lack the technical terms to properly describe the course.  That said the front 9 is a great start winding through the woods past old camp buildings.  These holes are less challenging while the back nine is longer and much more difficult.

The boat launch is down the dirt road past the parking lot and is carry-in only.  Trailered boats are not permitted.

Established a joint property of the two towns in 2003.  From the park’s site,

Crystal Pond Park can trace its roots back to 1916 and Camp Keemosabee – a camp started by the New Britain Area Council of the Boy Scouts. In 1968, the New Britain and Bristol Area Councils merged to form the Nathan Hale Council and they renamed the camp “Camp NAHACO” – the name being derived from NAthan HAle COuncil. The Boy Scouts used the camp regularly until 1977. The summer of 1977 was the last time the boy scout camp had a full summer camp program. By the early 2000’s the camp was in limited use and in disrepair. In a referendum in 2002, voters in the Towns of Woodstock and Eastford approved purchasing Camp Nahaco from the Boy Scouts’ Connecticut Rivers Council.

The disc golf course began construction in April 2017 and was completed by August of the same year. 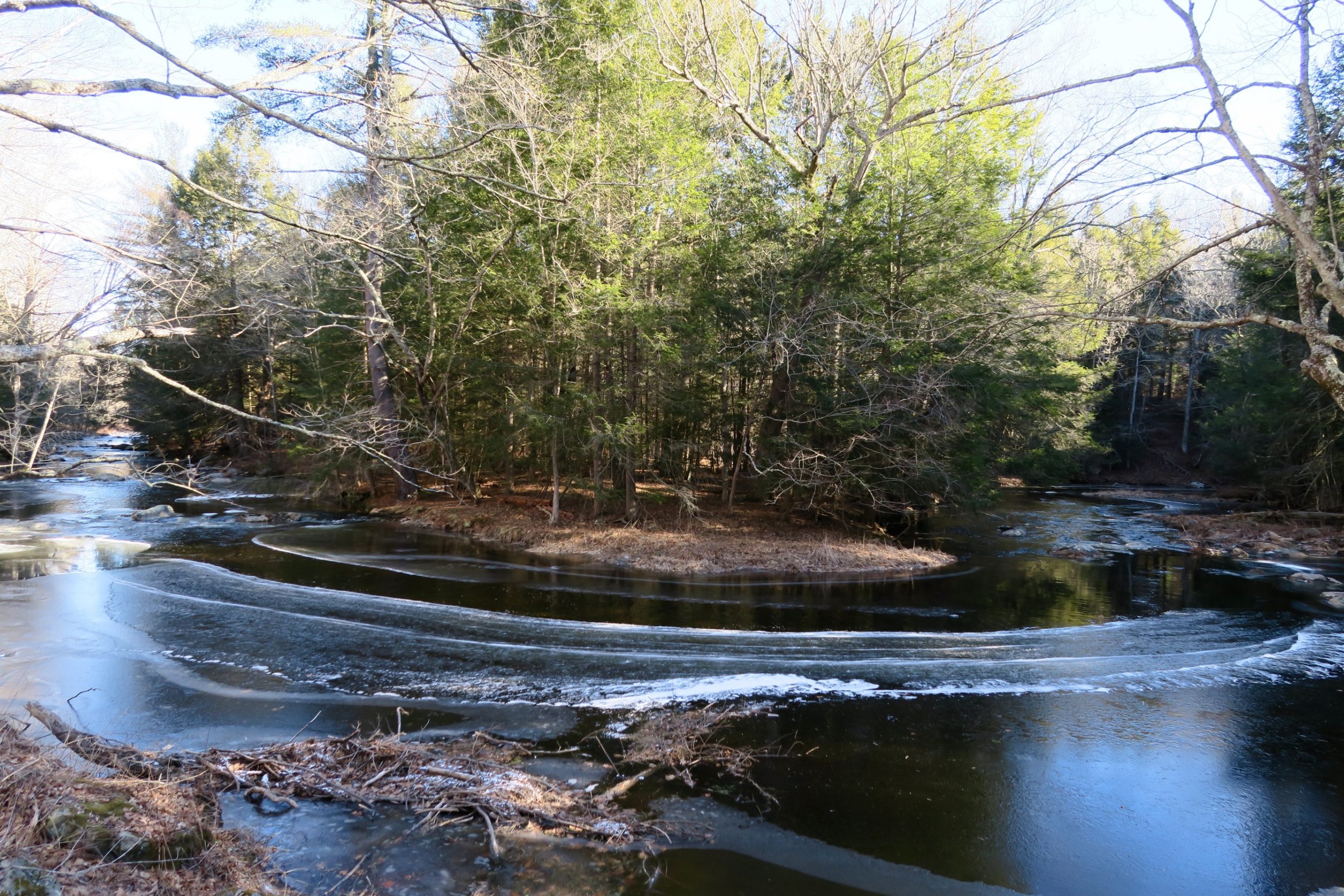 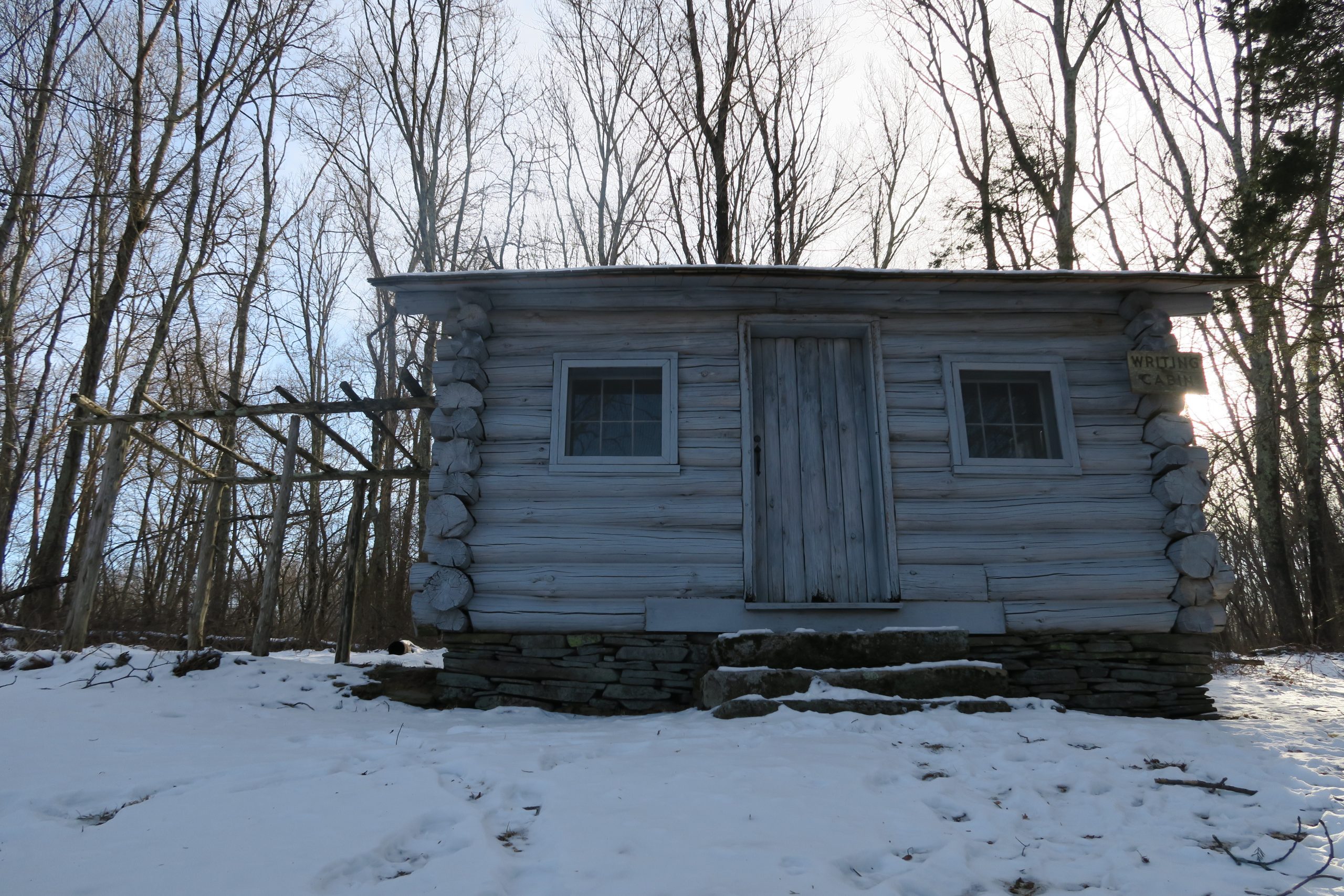 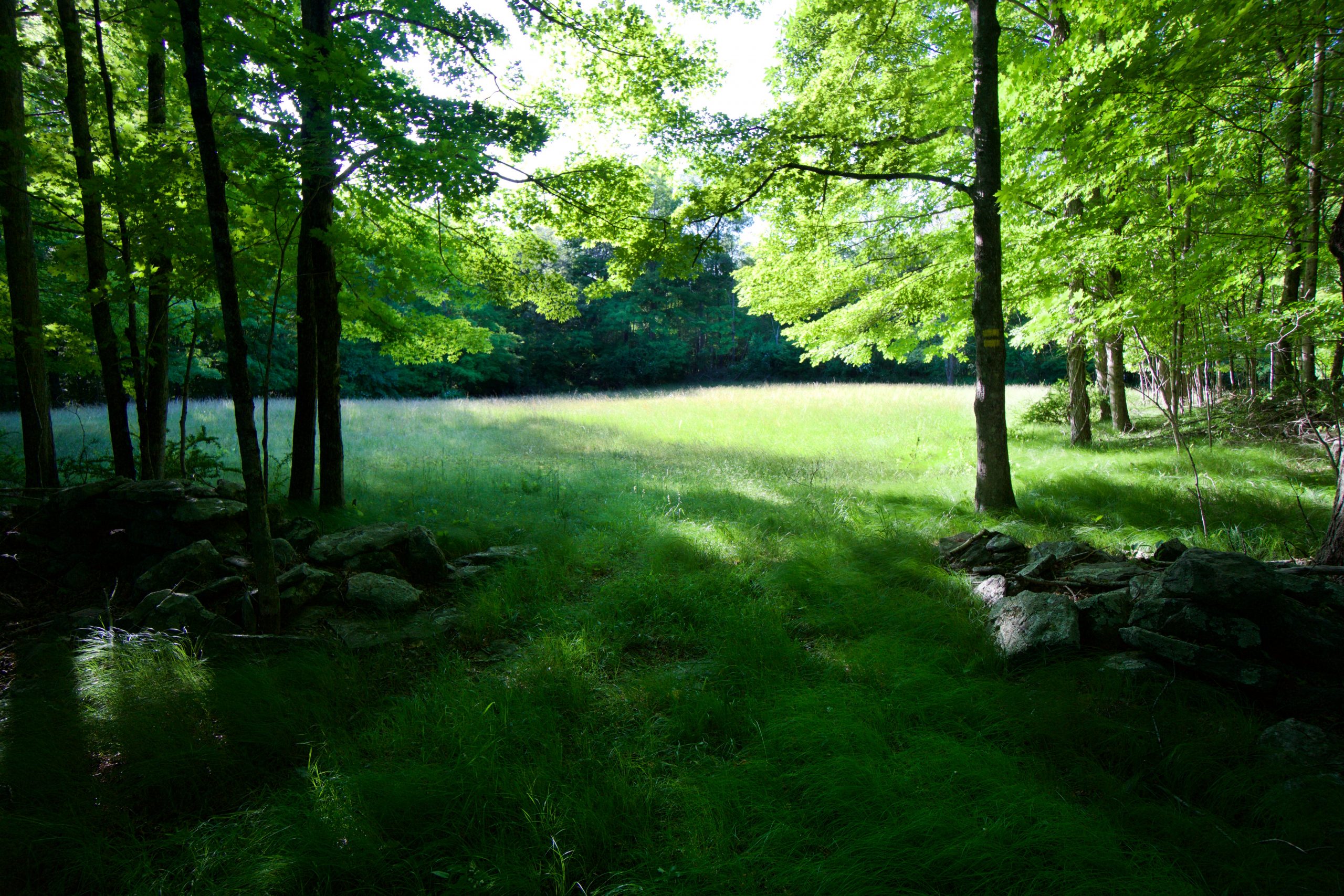