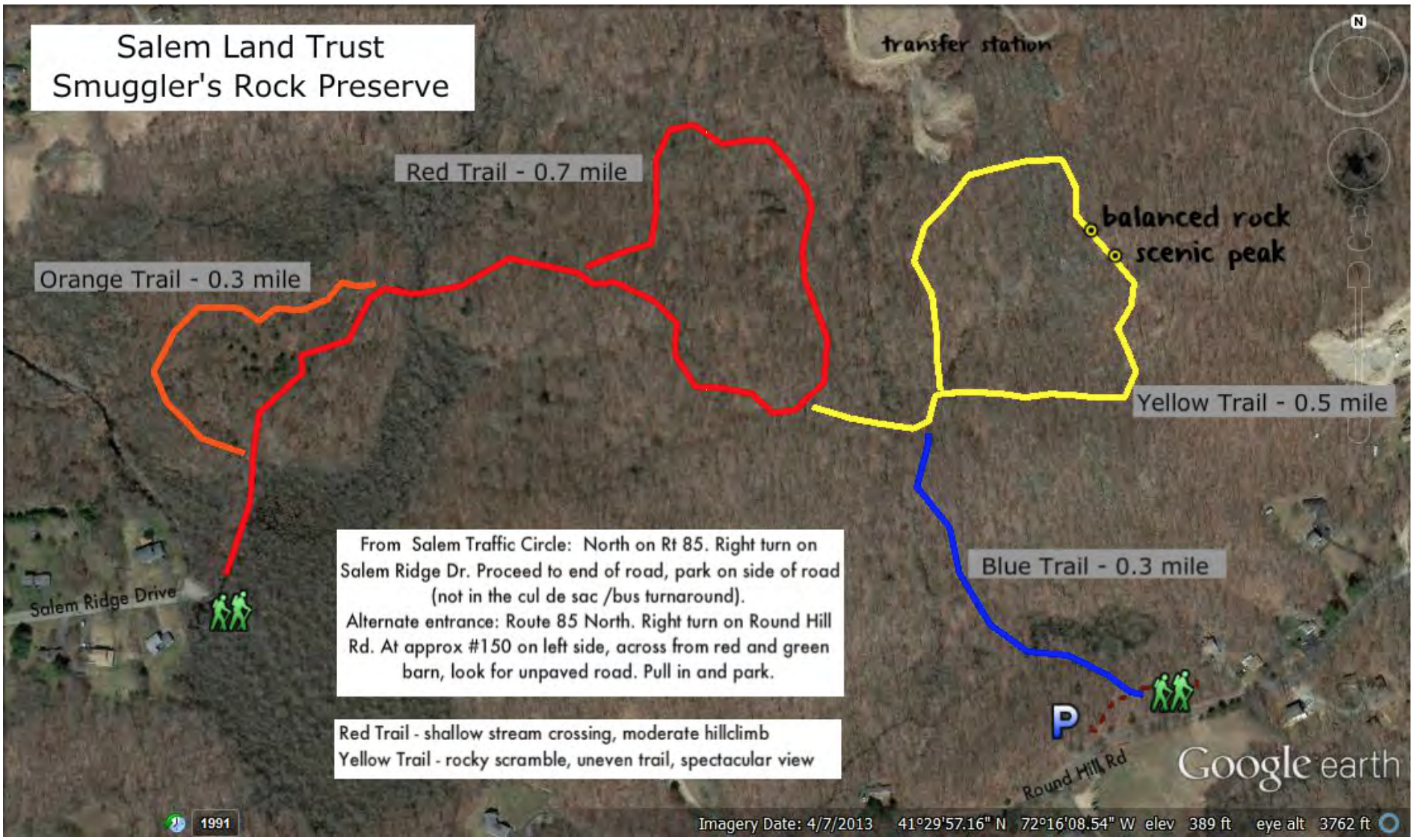 The trails at Smuggler’s Rock are a series of lollipop trails that are well blazed for the most part. I was unable to follow the orange trail back to the red after rock hopping streams cutting through what was otherwise a wide cart path.  The rest of the trails pass the stone walls and young forest typical of former farmland with a notable wolf tree along the red trail.

The are the rusted remains of a car where the blue trail meets the yellow.  The main features of the trail, noted on the map, are the scenic peak and balanced rock.  The yellow trails climbs up a ridge and a slope filled with scree and larger boulders.  Along the line of the ridge is a seasonal overlook towards the center of Salem.  There isn’t much of a view, but facing west makes in nice near sunset.  The balanced rock is just a bit down from the trail and is sturdy on its wide base.  It was a peaceful place to watch the sunset.

From the president of the Salem Land Trust to Peter Marteka for his article, “On the topography maps, you can find the highest area on the preserve marked as Smuggler’s Cave,” she wrote. “It was a cave at one time. The legend was that pirates hid their treasure there. Years ago — no one remembers exactly when, perhaps in the 40s or 50s — two local boys went up there in search of pirate treasure and got stuck in the cave. As a result of this accident it was decide to close up the cave forever, so it was dynamited.  Not wanting anyone to get hurt trying to find the non-existent cave,” she added, “but wanting to preserve some of the old folklore, the Salem Land Trust decided to name it Smuggler’s Rock, rather than Smuggler’s Cave.”

From the Salem Land Trust site, “Three adjacent parcels comprise Smuggler’s Rock Preserve. In 2012 a 12-acre parcel on Round Hill Rd. was donated to SLT; in 2013 an adjacent 94-acre parcel was donated, with access from the end of Salem Ridge Drive and Salem Ridge North; and in 2014 a third, the Passero/Rathbun parcel, was purchased with generous donations from SLT Members and a $25,000 grant from the Bafflin Foundation.” 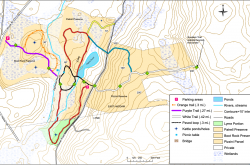 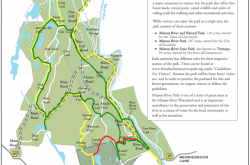 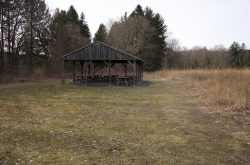