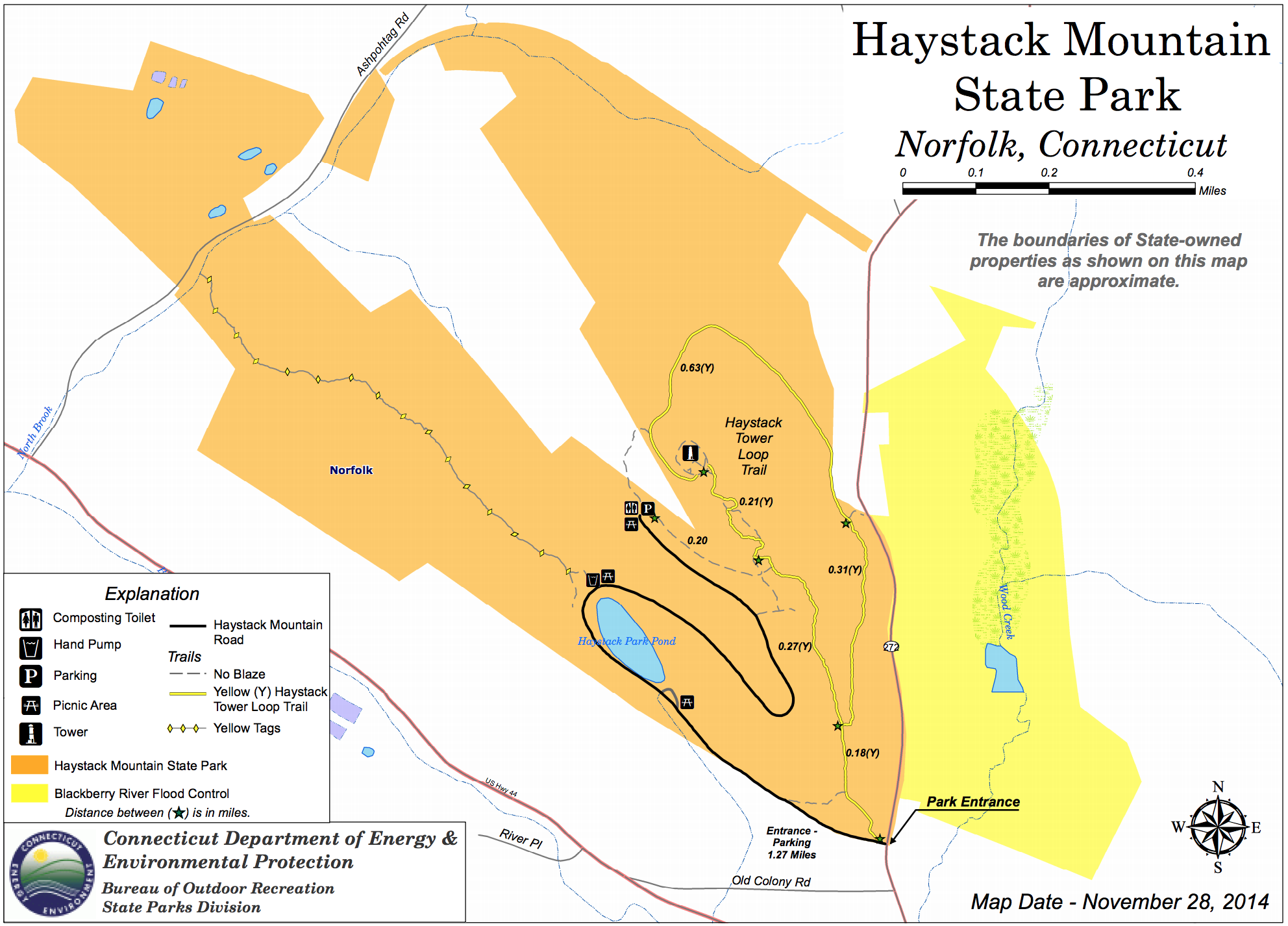 Haystack Mountain is a beautiful scenic park highlighted by one of Connecticut’s stone towers atop its summit.  A steady trail climb to the three story tower offers some of the best views in Connecticut.

The shortest route to the tower is from the parking area at the end of 1.27 mile Haystack Mountain Road, which is open from late-April to October 31st.  From here is about a half mile of steady climbing to reach the summit.  Along Haystack Mountain Road you pass a small pond and at least three scenic picnic areas.

When the road is closed the rest of the year a trail starts just right of the gate.  Infrequently yellow blazed the most direct route to the summit is about 2/3rds of a mile of steady but reasonable climbing.  The yellow trail continues around the summit on a much wider carriage path until reconnects.

The trail map notes an unblazed path past the picnic area by the pond towards North Brook, but I saw little evidence of it on my recent hike.

The stone lookout tower sits atop the summit of Haystack Mountain, elevation 1,716ft, and provides views of the surrounding hills of Norfolk and Canaan.  Though if you carefully scan the horizon, eagle eyes can see the Taconics in New York, the Berkshires of Massachusetts, and Long Island Sound.  The DEEP site lists the tower’s height at 34ft but it actually stands at 50ft tall and 22ft in diameter.  The tower was added to the National Register of Historic Places in 1993. Over the entrance is a bronze plaque reading:

Translation: To thy God, to thy country, to thy family, to thy town be thou ever faithful.

The tower used to be lit continuously. A second sign inside the tower (now missing) on the first floor was dedicated to Carl Stoeckel and explained why, “Requiem Anternam dona els Domine et lux perpetua luceat els”, translation: Eternal rest give unto him, O Lord, and may perpetual light shine upon him.  The tower was built at a cost of approximately $50,000.

Established as a state park in 1917 when the land was purchased by the state for $1,200 from Carl Stoeckel. The kiosk outside the tower tells the story of Robbins Battell who took issue with the Encyclopedia Britannica claim (at the time in the late 1800s) that Connecticut had no elevations over 1,000ft.  He hired a surveyor and found several.  He purchased the highest summit at Bear Mountain as well as the summit of Haystack Mountian.  He built a wood tower in 1886 that was destroyed by a storm.  The current 50ft stone tower was built in 1929 for approximately $50,000 donated by Ellen Battell Stoeckel (daughter of Robbins Battell) in memory of her husband Carl. The tower is built from locally quarried black and white gneiss. Haystack Mountain Road was built by the CCC in the 1930s. In the 1940s the roadbed/carriage path was used for ski racing.

The park was part of the 2015 DEEP Sky’s the Limit Hiking Challenge. 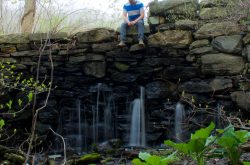 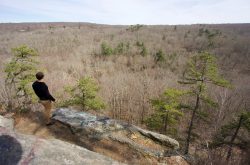 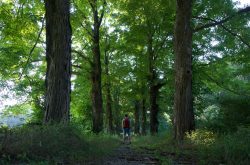