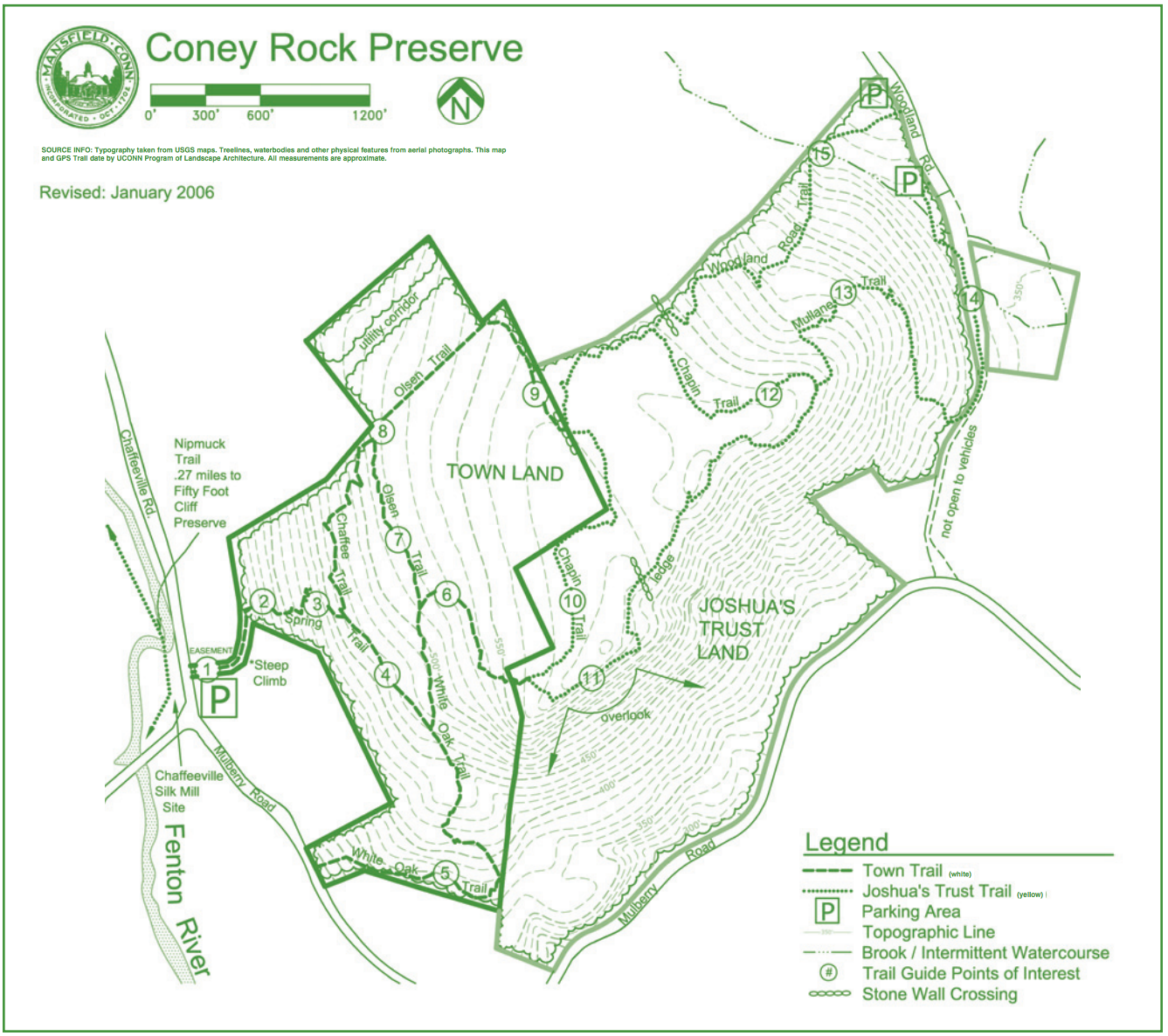 This is a combined entry for both the town park and the Joshua’s Trust property.  A steep hike on town white-blazed trail leads to a great scenic view of Mansfield Hollow and beyond.  From there you can hike a couple other trails (all named for their former land owners) adding up to five miles.

Further exploration across Chaffeeville Rd from the parking area, you can visit the ruins of the former Chaffeeville Silk Mill as well as catch the blue-blazed Nipmuck Trail for longer hikes.

Additionally you could start near the end of Woodland Rd and hike through the Joshua’s Trust Proposal Rock property up to the overlook.  It’s a slightly longer hike up to the overlook but a more moderate climb.

Alfred Oden owned Coney Rock until 1933 when he sold the west half to Knute Olsen and the east to Warren Chapin. Olsen’s half was bought by the town in 2001 and is part of the 61-acre Dorwart Family Preserve. In response, David Storrs Chapin, Warren’s son, sold his half to Joshua’s Trust in 2002, who added 9 acres. In 2009, this was connected to Proposal Rocks by another 5.9 acres 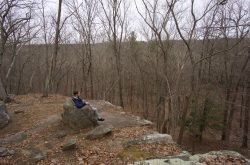 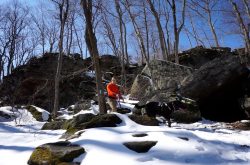 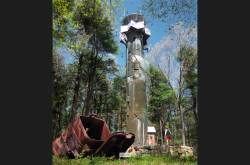 Tower of No Bull Salvage