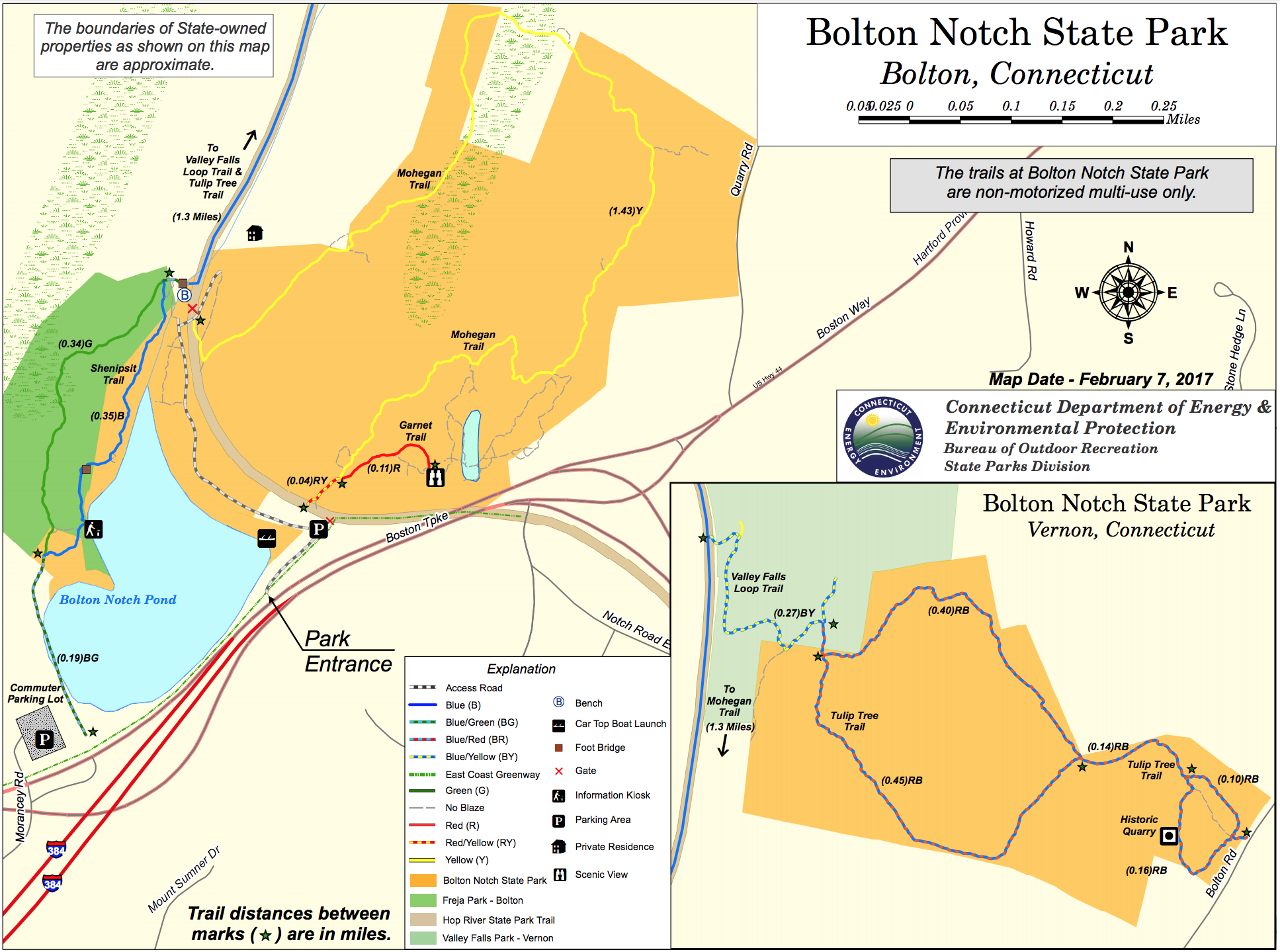 Though this is a small state park, I’ve found myself here multiple times because there is just so much around to explore.  There’s the American Flag overlook, two loop trails, access to the Hop River Trail, Freja Park, a section of the Shenipsit Trail.  Not to mention Squaw Cave on the ledges at the southern border of the park.  Plus, unmarked trails, hidden shelters, rich history, and old ruins.

There are three trails of note within the park.  The first is the most popular a .11-mile Garnet Trail that leads to the American Flag overlook.  The climb may be strenuous for some, but certainly worth it for eastern CT views.  Though the view isn’t likely to steal anyone’s breath away as you look down 384 it’s still great.  Graffiti covers the rocky overlook and is anchored by the huge flag.  It can be a great place to watch the sunset.

The second trail is the 1.43 mile yellow-blazed Mohegan trail.  After branching off the Garnet trail, the Mohegan filters through mountain laurel and wide swaths of moss.  It’s pretty picturesque and I get the feeling it’s also overlooked by most who come just for the overlook or get pulled down the Hop River Trail.  The Mohegan works to the summit of an unnamed hill (as far as I can tell) before rounding back through marshy areas onto an old cart path.

The third trail is the Tulip Tree trail.  I took the Hop River Trail to the southern edge of Valley Falls, followed the blue/yellow trail past Moe’s Pool and mistakenly passed this loop.  Instead, I hiked the red and yellow trails at Valley Falls (both very wet but nice).

Bolton Notch is just across from Freja Park which as a mile loop from the town trail to the Shenipsit section.  The Hop River trail also extends for several miles in either direction from the park and is a popular launching spot for cyclists.  Near the park, it follows Railroad Brook which was restored to its natural state to allow the flourishing of the fish community.

One of Connecticut’s true “solution” caves, Squaw cave is along the cliff edge within view of Rt 44.  My initial visit was just to the mouth of the cave, I thought it warranted only a few minutes exploring the opening though I did notice a dark hole at the back of the mouth.  It wasn’t until my most recent visit that I finally decided to climb in.  That dark hole narrows to a tunnel that continues for 30-40 ft.  Several large spiders inhabit it, but fortunately they actively tried to stay out of my way.  I shimmied on my stomach in the relatively flat underground passage.  When I quieted my breathing, I could hear running water that seemed like it was in the rock right over my head. The walls are have a rippled appearance as the limestone was eroded by water. The floor of the cave is loose rock and shiny golden brown soil.  The eventually tunnel got too narrow to safely continue, but I could see running water just past a small mound and an even narrower tube continuing on.  Check the movie tab above or click this link to see footage of the cave.

“Shaped by the outflow of glacial melting, Bolton Notch forms a throughway between the Connecticut River valley and the surrounding higher ground. Many Native American artifacts have been found in the surrounding area, showing the rich history of this location. The landmark road cut once took what is now the Hop River Trail through rock layers that form the “Notch”.” 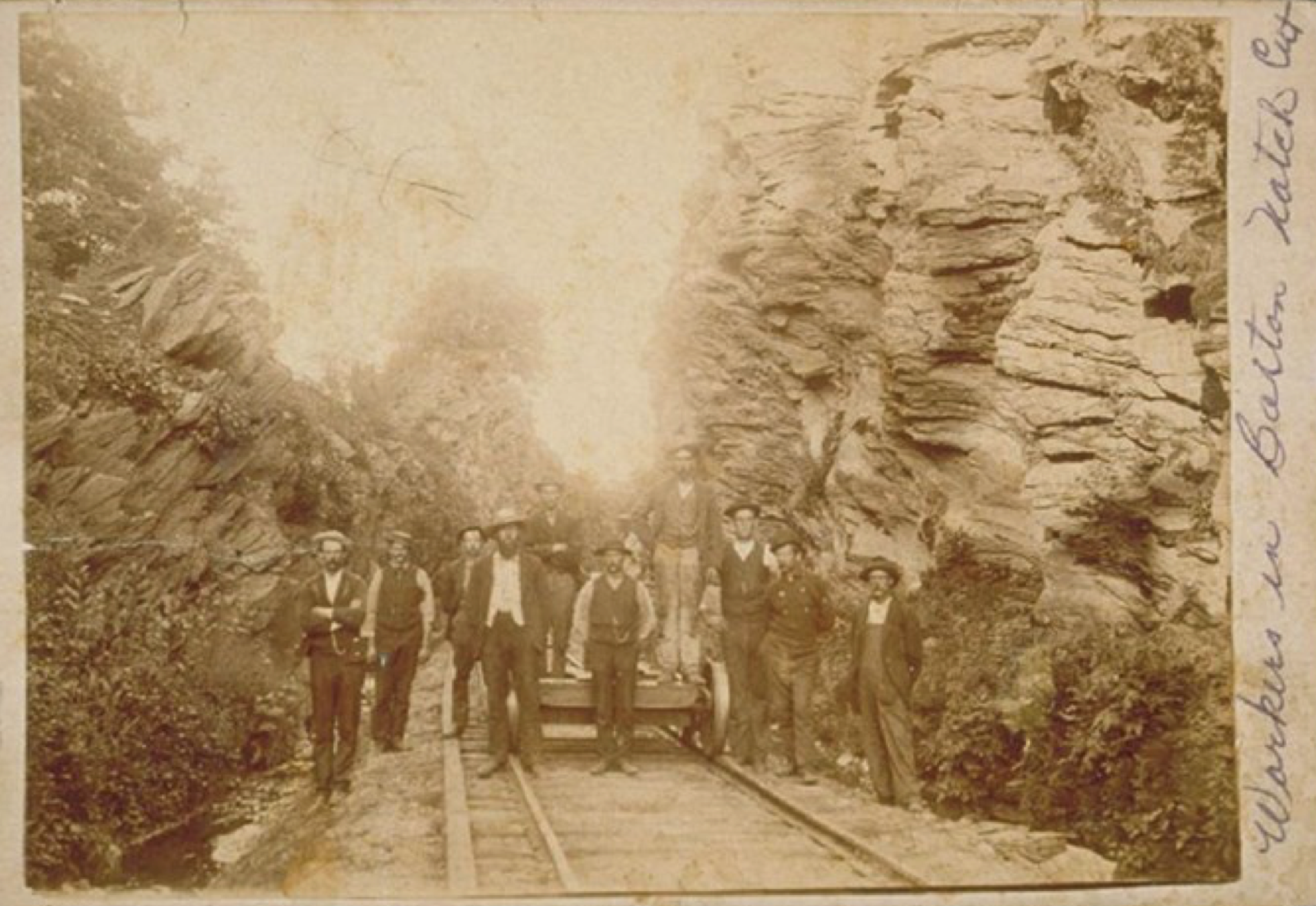 This park was part of the 2017 Sky’s the Limit Hiking Challenge.

Geologist Randy Steinen WILI AM Wayne Norman Show Nov, 19, 2018 – Talks about Bolton Notch around 30:00 mark.  (dead links – shoot me an email if you would like a copy) 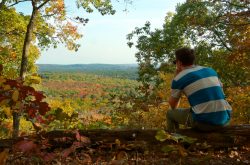 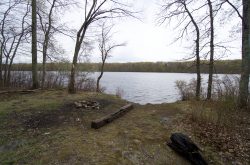 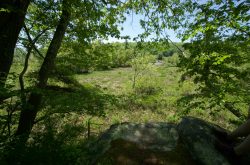