Taft Tunnel is an interesting historical landmark as the “oldest railroad tunnel in America” (see caveats in the history section).  Tucked away under Bundy Hill along the banks of the Quinebaug River the tunnel is seemingly hidden but still in use by the Providence and Worcester Railroad for freight service.

There are at least three pull-offs along this section of Rt. 12/River Road.  The first has a large “State Property No Trespassing” sign so you can skip that one, the second has an obvious path with an open gate and I think is the popular access point but may have a No Trespassing sign?  I parked at the third pull off and entered near the power lines.  In the woods to the left of the power lines are the ruins of… something and what appears to be a homeless camp so I steered clear.

Hugging the right side tree line of the power lines there is a faint path with a short scramble down the rocks to the railroad tracks.  Which, lo and behold, is right next to the wide easy path from the second pull-off.

There is a good view of the falls over the dam on the Quinebaug River and then about a 1000ft walk along the tracks to the tunnel.

The tunnel is an open maw chiseled into the hillside.  Rough hewn, it is 300ft long, 23ft wide, and at least 18ft tall. The first 75ft before the Taft Tunnel was deemed too unstable so they removed the whole section of hillside before starting the actual tunnel. Dynamite wouldn’t be invented for at least another 30 years from when this tunnel was completed so it is impressive to imagine the crew of men with pickaxe, chisel, and hand drill carving their way under the hill.

The typical process of this time period seemed to be hand drilling three feet long holes and packing them with back powder. One hole took up to three hours of hard effort using a three man crew and they would do several holes before packing them with powder.  They blew the holes around lunch time and spent the rest of the removing the material.  Progress averaged about 1.5ft per day.

Completed in 1837, the Taft Tunnel is the oldest common carrier tunnel to be completed in the United States. 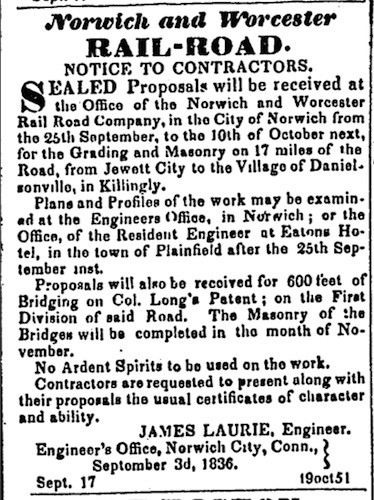 An ad for the Norwich and Worcester Rail-Road for contractors from the September 17, 1836, edition of the Hartford Times 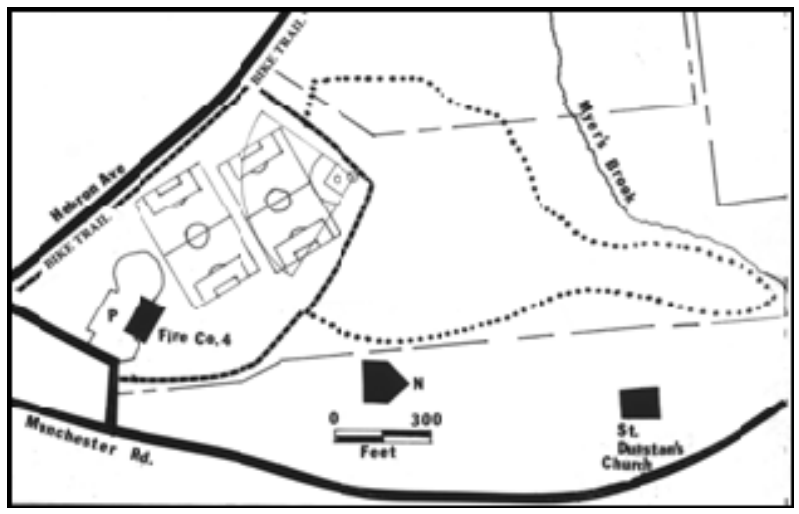 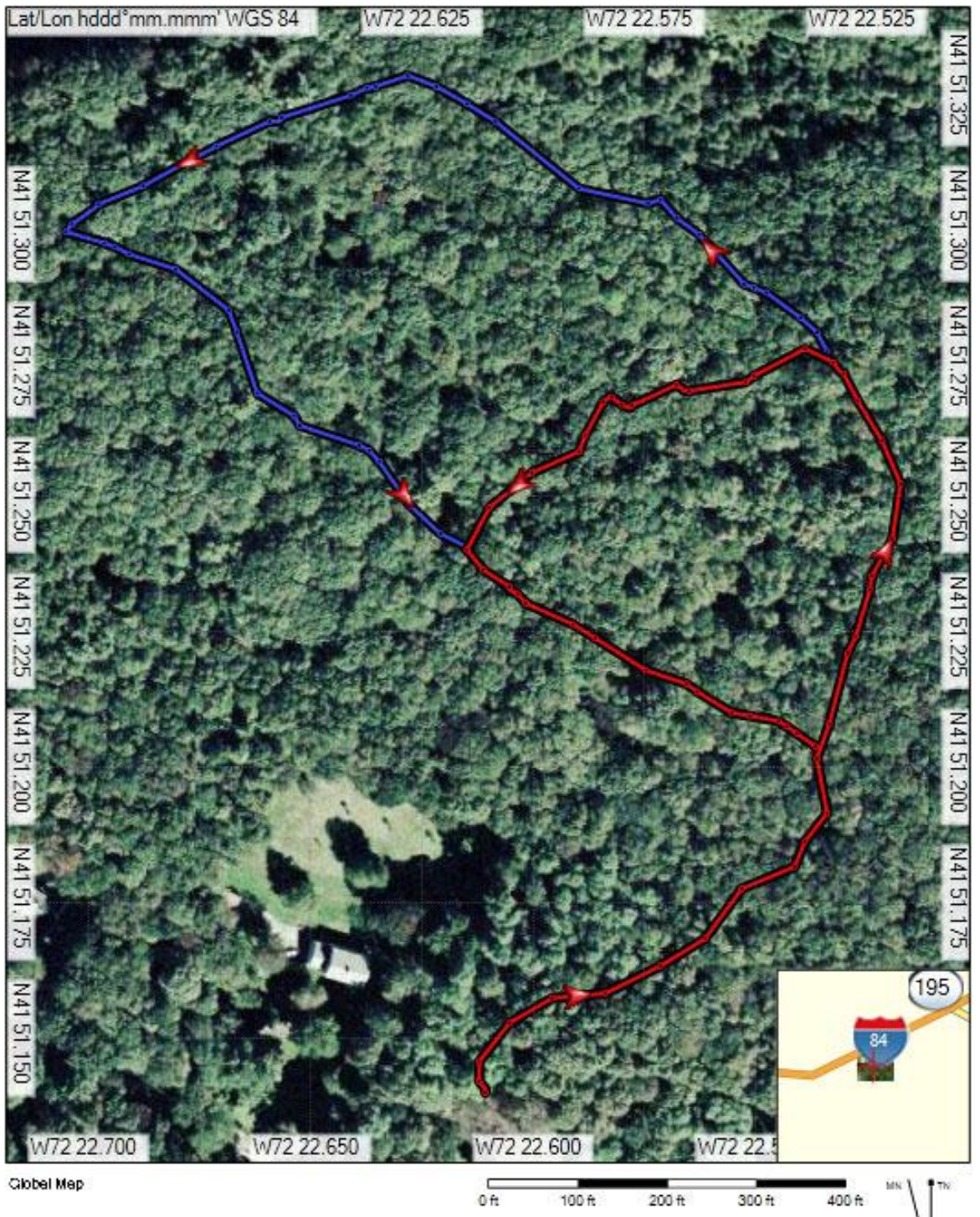 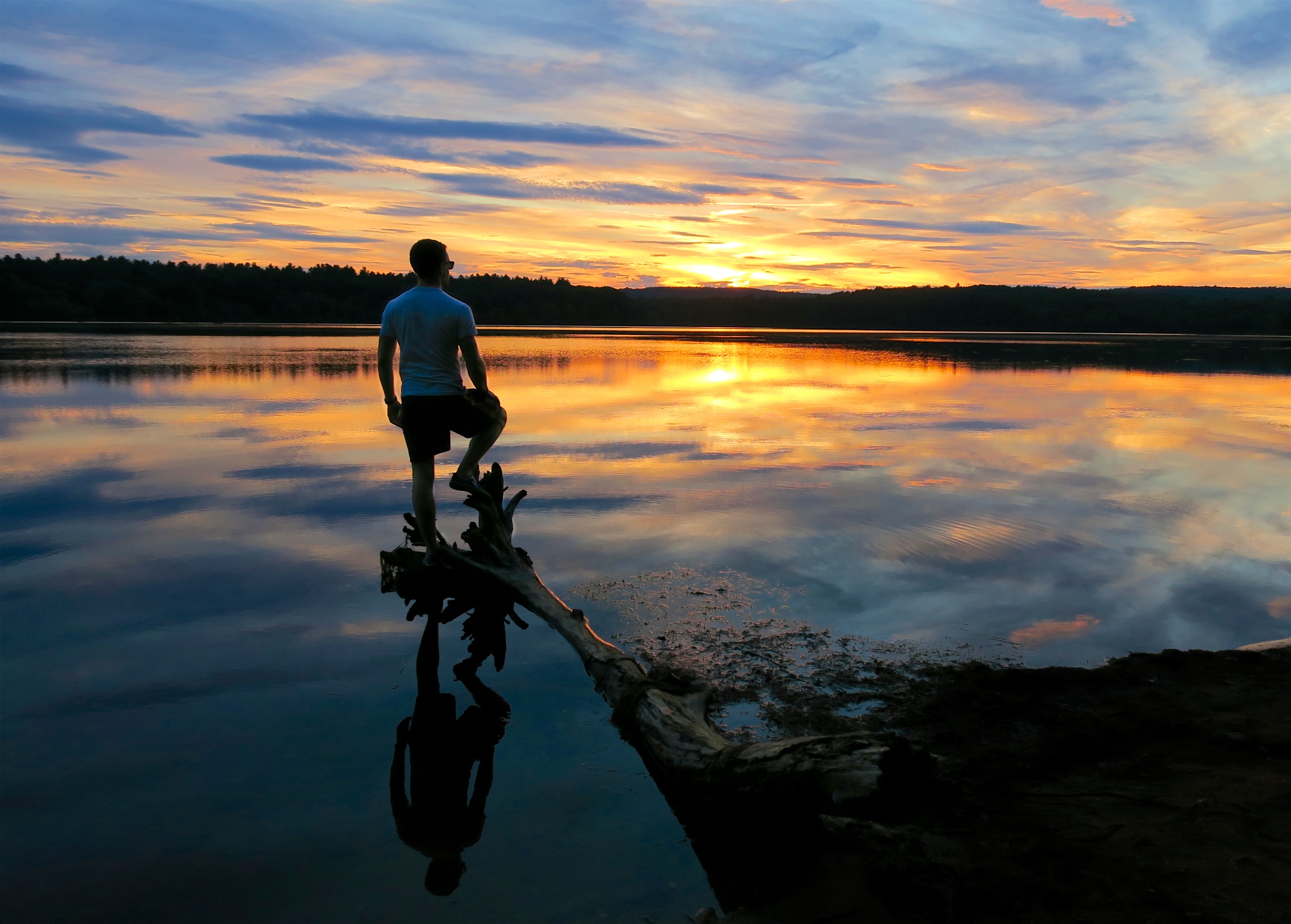