Parking: Large lot at 200 Mt Carmel Ave, Hamden, CT.  Other small pull-offs, for a few cars each, along Tuttle Ave and Chestnut Lane 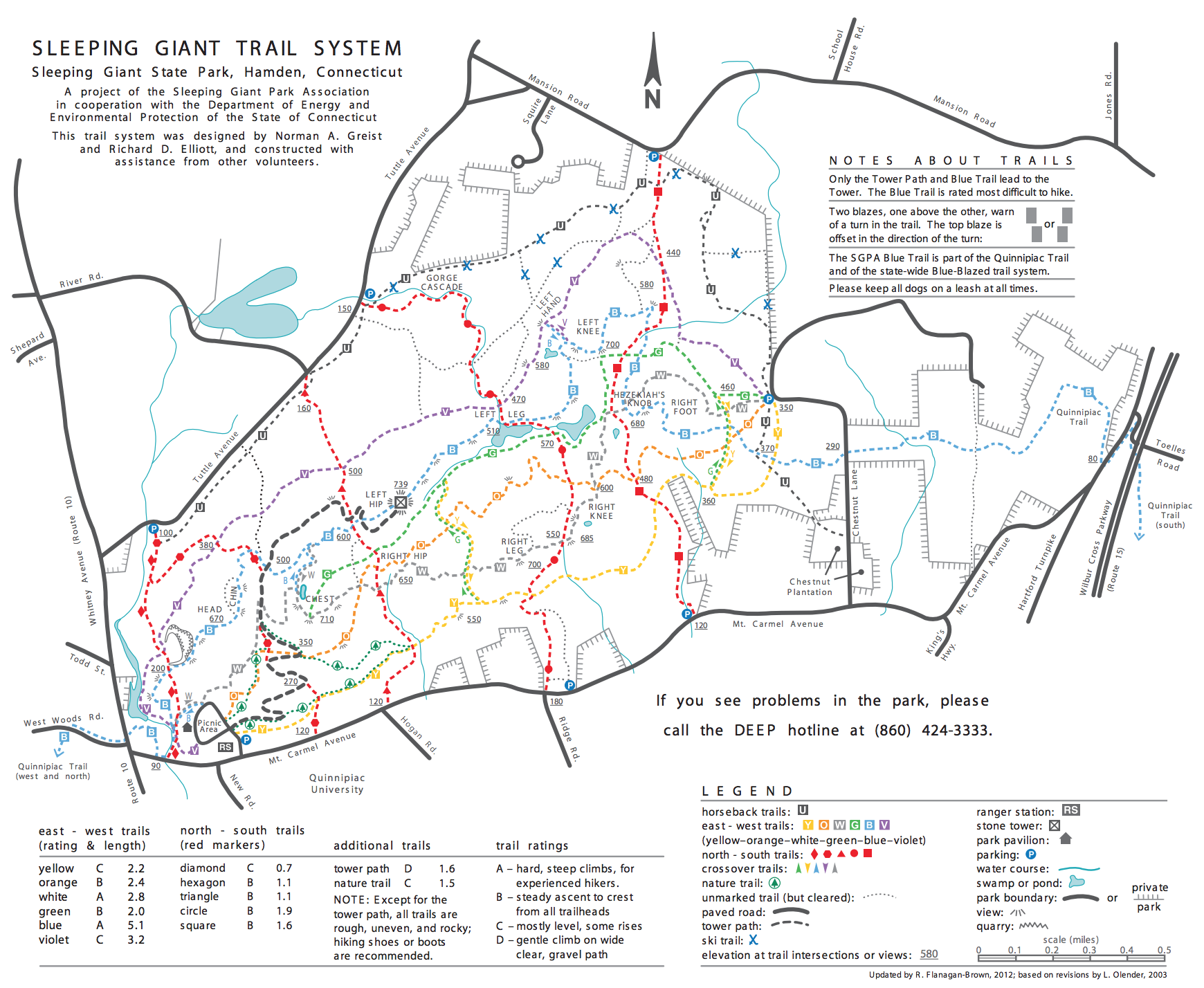 The Giant is open once more!

Sleeping Giant is one of the crown jewels of CT hiking.  The park has over 30 miles of trails, such as the main 1.6 mile trail ending at the tower as well as a section of the blue blaze Quinnipiac Trail that crosses the park.  There are days worth of hiking and adventuring here.  The park fills up quick on weekends and is popular with everyone be it Quinnipiac students, families, or trail runners.

The castle located on the “left hip” is the easiest and most popular destination in the park. The crushed stone path switchbacks uphill for just over 1.5 miles and can be completed by anyone.   The tower offers 360 degree views of the surrounding area including New Haven and Long Island Sound.

The rest of the trails are much more rugged, rocks and roots abound, but provide anyone seeking nature’s solitude with a much quieter walk.  The next most popular and most dramatic views are from the Giant’s “chin” at the crest of the blue trail. My recommended hike is short but challenging and covers most of the highlights.  From the main parking area head west towards the violet trail and hike along the river to the old quarry.  Then head up the Giant’s head scrambling over open rock on the blue blaze Quinnipiac Trail.  Hike down the other side and follow the blue blaze trail to the tower.  After taking in the views hike down the tower trail to the red and then take the green trail towards the ‘chest’.  There’s an expansive overlook where the green and white trails meet.  From here you can take the white trail all the way back to the parking lot.

The trail map makes note of at least 28 different viewpoints.  If hiking in the spring, be sure to catch the red trail near the ‘left leg” to see the gorge cascades.

Sleeping Giant is so popular and has so many trails a Giant Master program was created for anyone dedicated enough to hike them all.  Ranks include Giant Marathoners for those hiking all the trials in one day, four-Season Giant Masters for those who hike all the trails in each season. and 12-Month Giant Masters who hiked all the trails in one year.  The SPGA also produced two self-guided hikes, one explaining geology in the park marked with blue numbered dots and the second, a green dotted Nature Trail.

There are also a handful of caves in the traprock ridges.  The most well-known is Dead Man’s Cave which I explored and made a short movie about in late-2016, watch it here.  The easiest to find is Spider Cave, though it is also the least fun to explore, clips of it can be seen in the movie below.

Sleeping Giant isn’t a huge rock climbing area likely because it was closed decades following an accident in 1953.  Today there are a range of routes not only on the Chin but across the park.  Routes are majority trad climbing though there are options for top roping.  Important caveat: I haven’t done any climbing here nor have I actually seen anyone climbing on my visits here.

This park was featured in the inaugural 2015 DEEP Sky’s the Limit Hiking Challenge.

The Legend of Hobbomock

Posted in Blue-Blaze Trails and State Parks and Forests 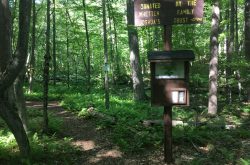 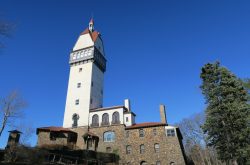 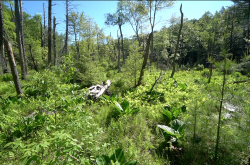