Parking: Accessible by water only closest access is from the Hadlyme Ferry Boat Launch near 159 Ferry Road, Lyme, CT 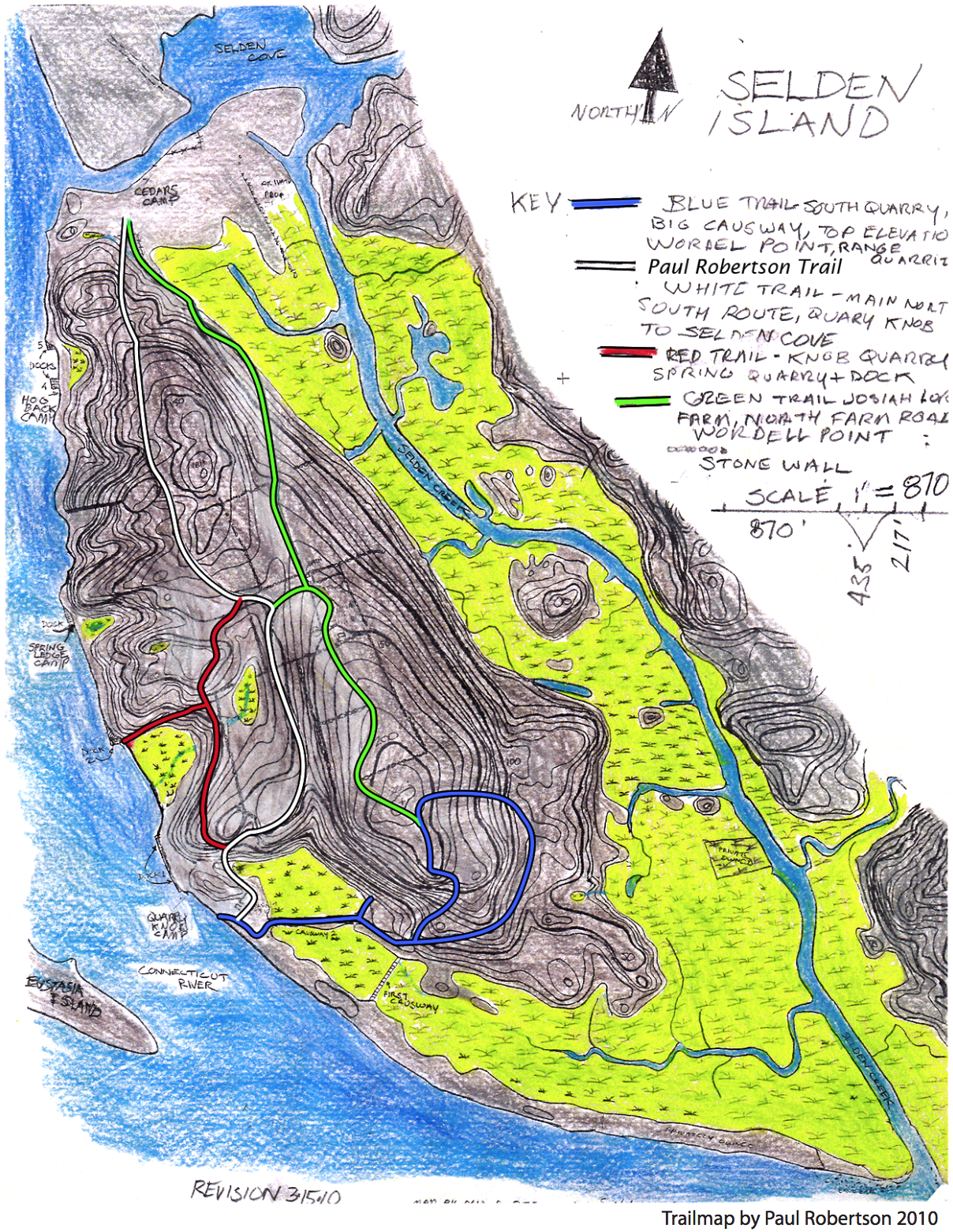 Accessible by boat only, Selden Neck serves mainly as a primitive camping spot on the Connecticut River that can accommodate up to 46 campers across its four separate camps.  Several trails were cleared here in the 70s and have remained in ok condition over the years. In late 2018 I took off from the Hadlyme Ferry below Gillette’s Castle to start my exploration of Selden Island.

I paddled the mile down to the northern point of the island at the small unnamed beach and picnic area.  It was late afternoon and all I had was the eight year old hand drawn map above.  I expected the trails to be overgrown or just impassable and it turned into a mini-adventure that involved discovery, bushwhacking, and racing to beat sundown back up river. To access the park, use one of these launch points: 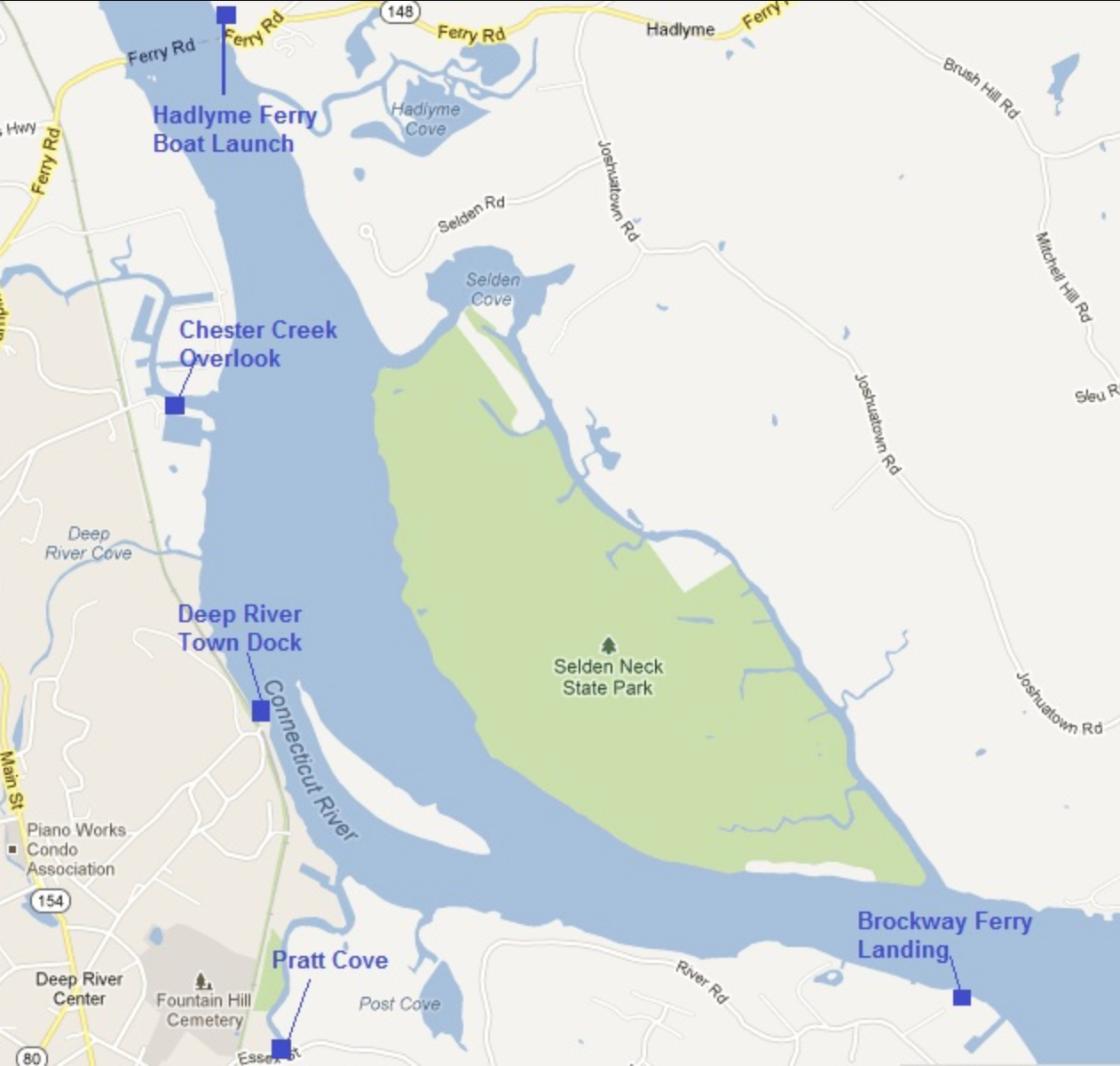 The easiest access to trails is from the side of Cedars Camp a bit down Selden Creek.  There is also access from the beach area at the north point of the island.  Here the white Paul Roberston trail is tucked amidst the growth at the south end of the beach.  On my first trip I missed the trail to the left and instead followed a short trail leading to the Selden Swing, an actual swing, with a nice river view.  Not knowing any better, I proceeded to bushwack cross-island hoping to run into the white trail.  Learn from my error there is overgrown access (beware of thorny raspberry) to the White trail just to the left of the one that leads to the swing.

White Trail – This trail is meant to be the main cross-island path from Cedars Camp to Quarry Knob.  It was maintained by Paul Roberston until he passed away in November 2010 and there is now a stone pillar in his memory near the north end.  The first half or so is easy enough to follow but past the junction with the red trail sections are filled with fallen trees, some are completely overgrown, others have been taken over by thorny raspberry and barberry.  It is navigable as long as you have a good sense of direction and can tolerate long stretches of uncertainty between blazes.

Red Trail – The first time I visited I used the overgrown red trail to slowly make my way back up-island.    However! On my visit in Fall 2019 the red trail looked to have been recently maintained.  It was clear and well blazed.  The Selden homestead should be somewhere along the trail, but I haven’t seen it on my visits.

Green Trail – Unmaintained and overgrown as of October 2019

Blue Trail – This trail starts south of the Quarry Knob camp and heads inland on the causeway between the two marshes.  There are piles of stone refuse and high rock ledges from the quarry.  The loop then proceeds around the back of the hill and then climbs up to the hill.  This area is open understory and well blazed so there are only about 3 spots where navigating is difficult.  The trail also passes Wordell’s Point a rocky overlook to the Connecticut River and Eustasia Island. 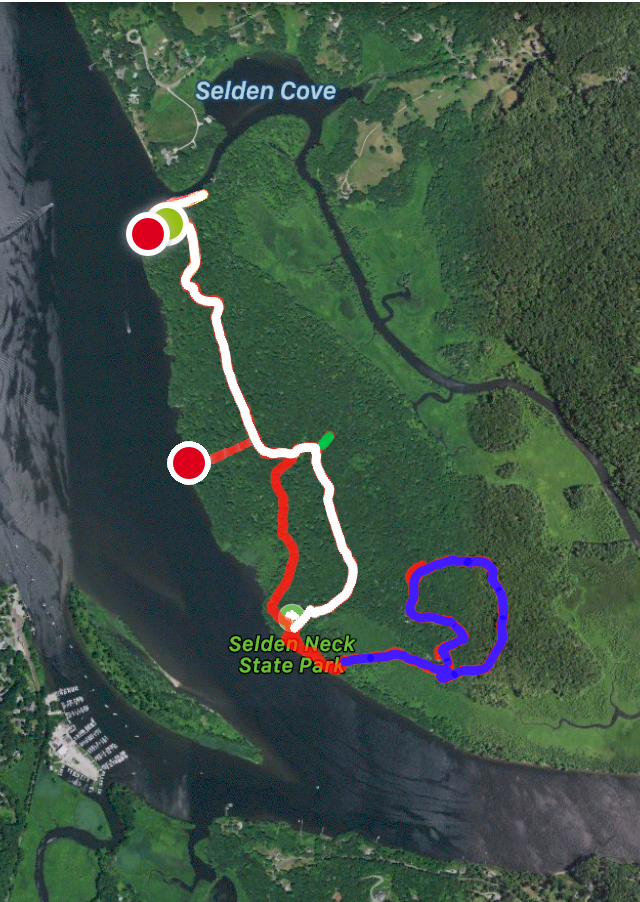 Connecticut River Camping: – Campsites can be reserved here on Reserve America ($5 plus a $9 processing fee).  See pics of each site in the photo section (bottom of page for mobile, top of page for desktop). 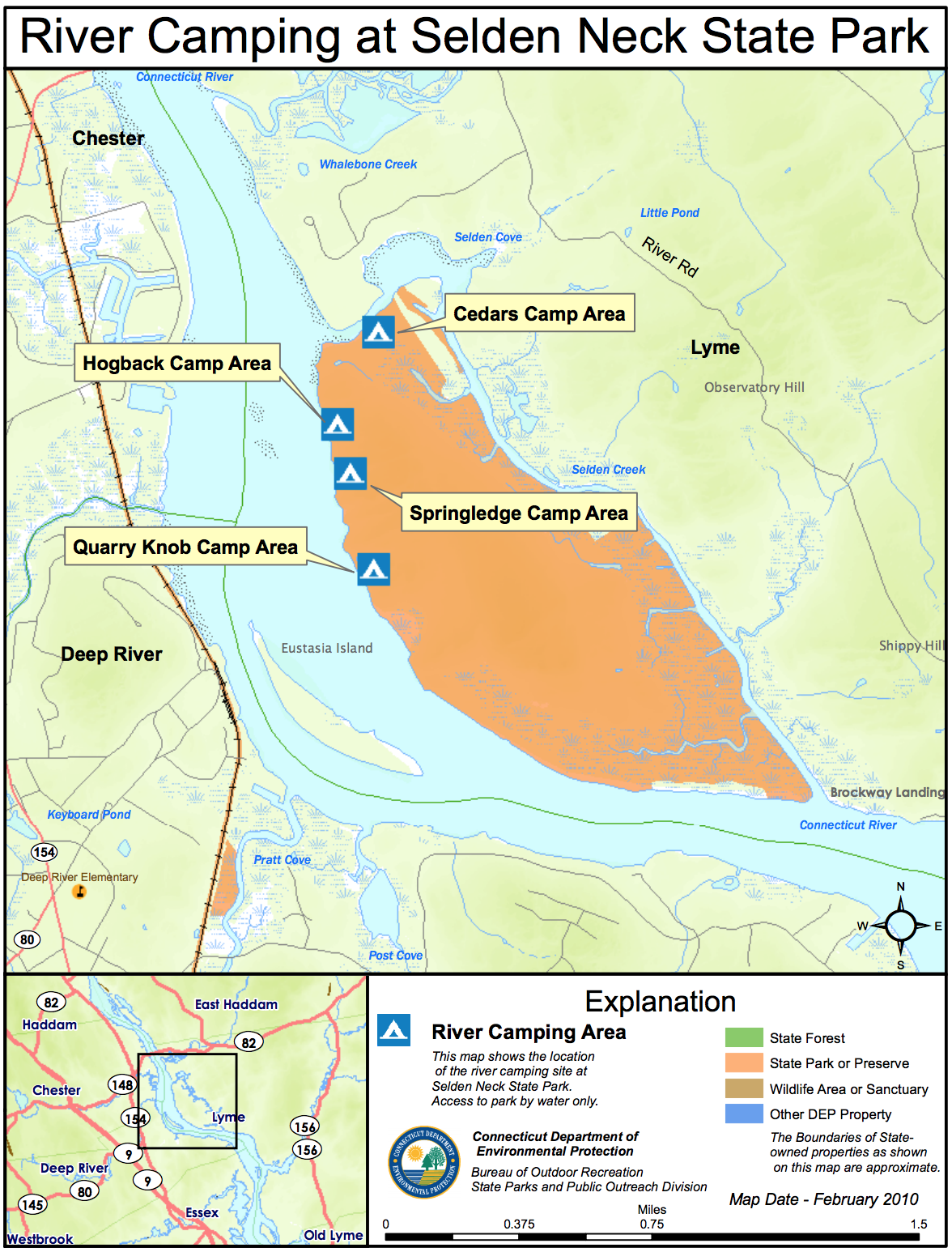 Hunting: (I’ve never seen any wildlife on the island but the DEEP provides the following guidelines)

The Selden Neck Campground is located near State lands that are also open to hunting hunting symbol. The season for goose opens immediately after Labor Day and archery season for deer opens in mid-September. Hunting is not permitted on Sunday. If you are camping when hunting is permitted, please note the following precautions:

A team led by Kevin McBride from the University of Connecticut in 1983 did archaeological excavations at a site on the island and says in his dissertation, “The Selden Island site in the lower Connecticut River valley also yielded an early date of 985 A.D. (one standard deviation = AD 894-1021) from a feature containing one maize kernel.”

A 2008 archaeology textbook says, “Selden Island was home to a Middle Woodland sedentary village.”  A little bit of searching tells me that Middle Woodland is distinguished by materials not generally found in a given area, in this case, “a sizeable percentage of non-local stone.” According to Warner Lord, the pottery shards found on the island are, “so unique they are the standard by which similar shards are judged. Their distinguishing characteristic is a design made by pressing a clam shell into damp clay”.

A main source on the history of the island is Dave Wordell’s “The Quarries of Selden Neck” a slideshow presentation dating back to the 1980s, that also details local folklore like giant Egyptian waterlilies, the unsolved murder of the Italian cook and his buried treasure from 1902, and others.  I got a copy and enjoyed the slideshow narrated by Mr. Wordell himself.  Send me a message if you’re interested in viewing it yourself. 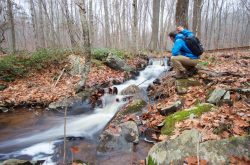 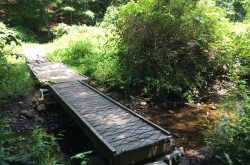