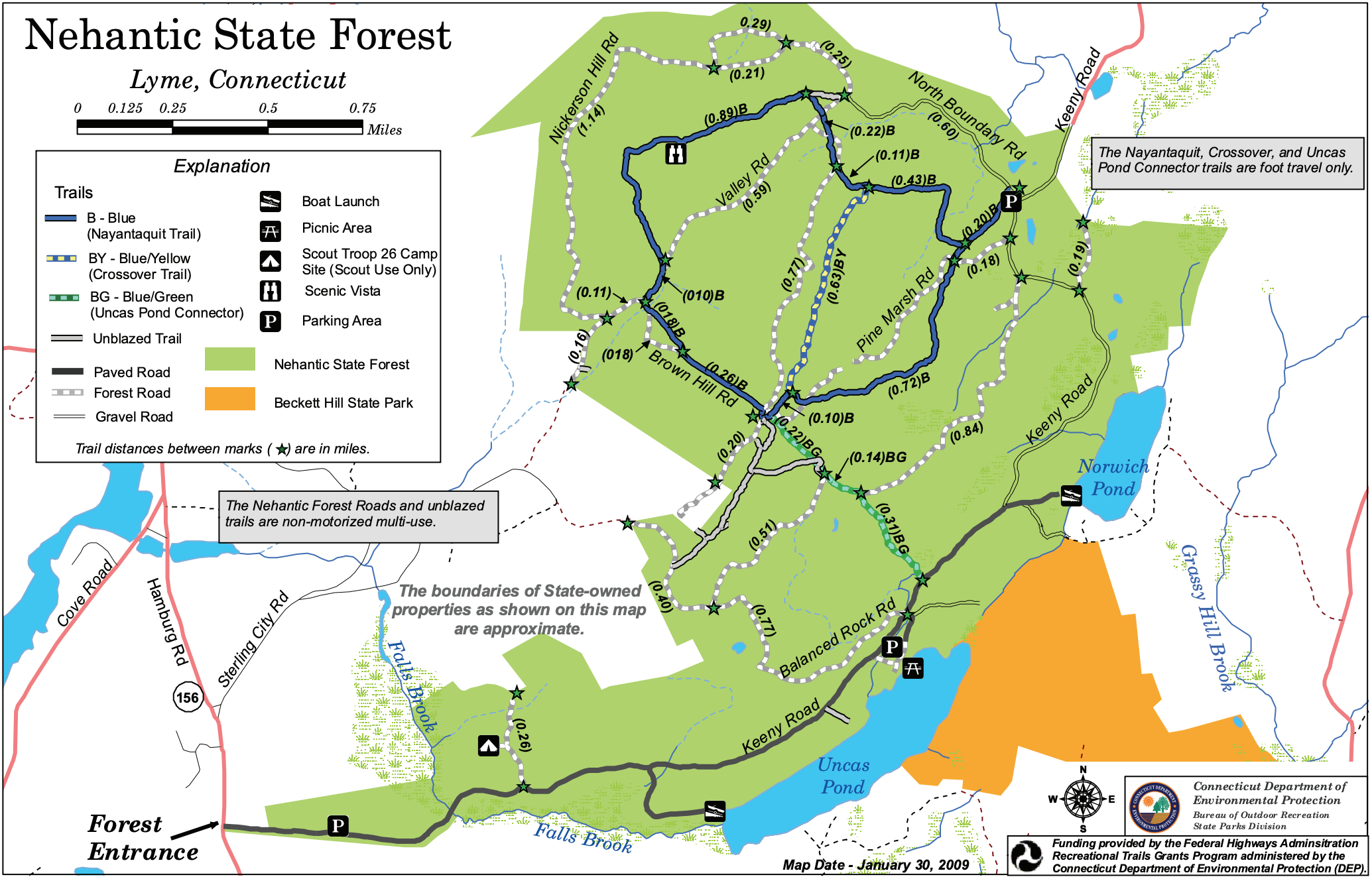 This hike was fantastic and I’m not entirely sure why.  From the parking at the north end of Keeny Road the trail starts narrow but well traveled past a large perched erratic picking its way between rocky outcrops and fern covered hills.

At about a mile into the hike comes to a junction of several woods roads and trails.  The trail is obviously wider here and begins a stretch up Nickerson Hill.  Despite the mix of trails coming and going the Nayantaquit Trail was easy to follow wherever it went.  There is a fairly steep 0.25 mile stretch up to a small clearing with a couple boulders that has a tiny peek at a view.  Perhaps in the winter the view is better.

From here the trail descends down the other side for about another mile to return to the parking.  I’m struggling to describe why I enjoyed the hike so much.  Perhaps hike it for yourself and see it captures you the same way.

The naming is an interesting mix for the Nehantic Tribe who ranged through this area between Wecapaug Brook in Rhode Island and the Connecticut River.  The trail itself is named for the Nayantaquit Tribe though almost every reference to it lazily tops out at, “named after a native tribe that once inhabited the area”.

The 1909 Dictionary of American-Indian Place and Proper Names in New England lists Nayantaquit the same as Niantic and Nehantic the, “territory about Pawcatuck, Thames, and Niantic Rivers “At a point of land on a tidal river””.  So it seems that it could be listed as the Nehantic (Nayantaquit) Trail in Nehantic State Forest about 6 miles from the borough of Nehantic (Niantic).

The forest road was built when the Federal Transient Bureau built a camp for 300 transients during the Great Depression.

Peter Marteka – To Really Enjoy This Hike in Lyme, Go at a Glacial Pace (2009) 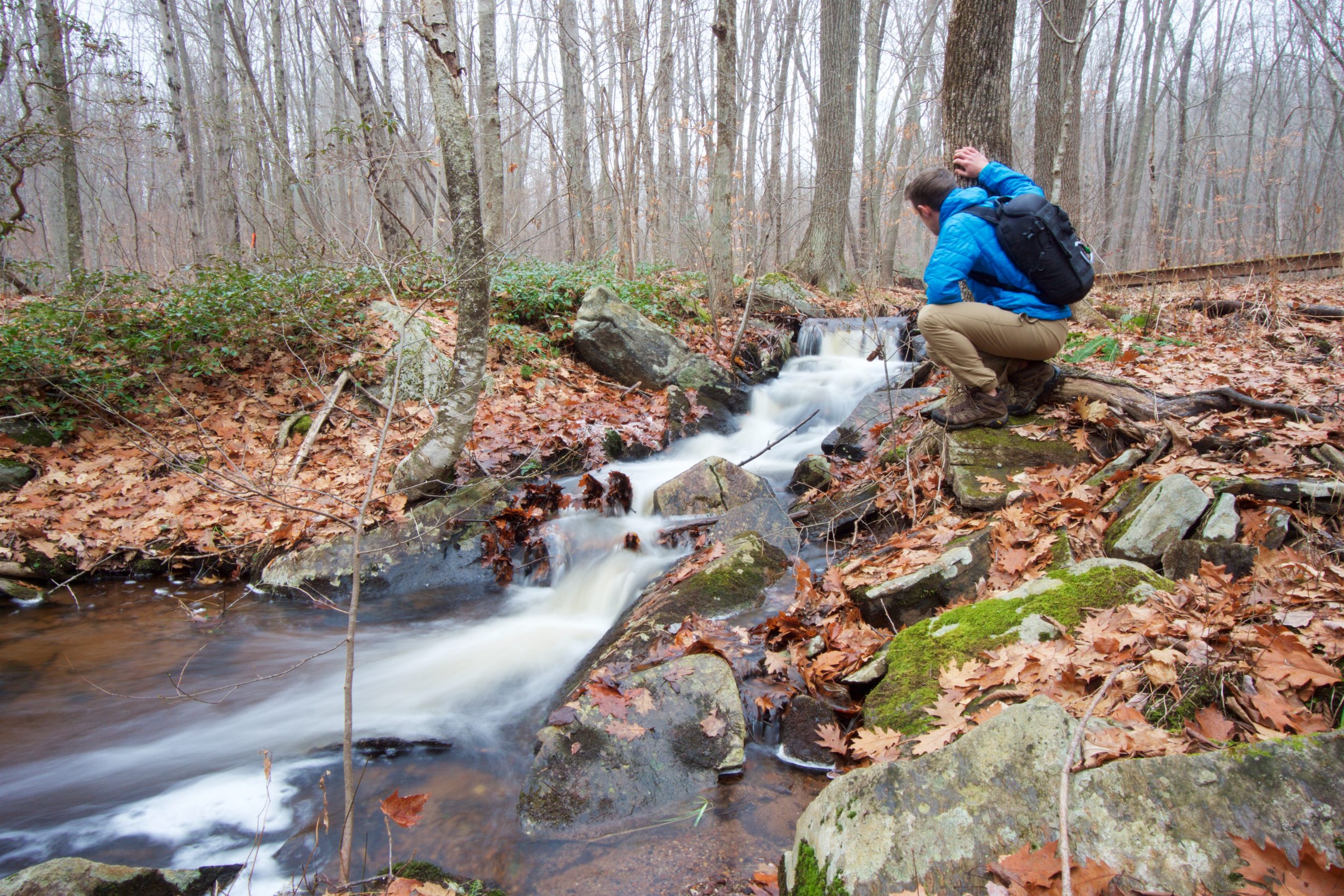 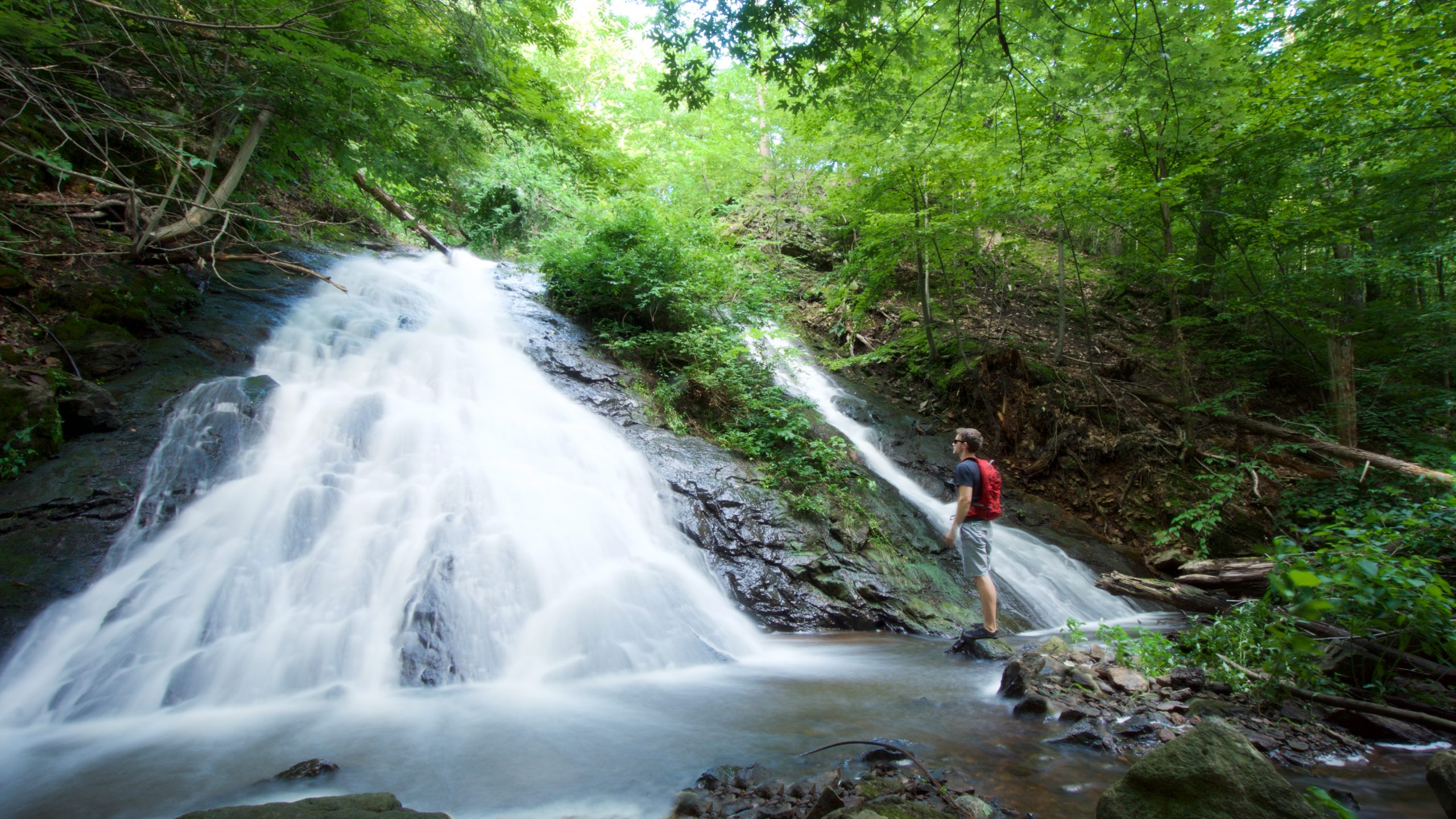 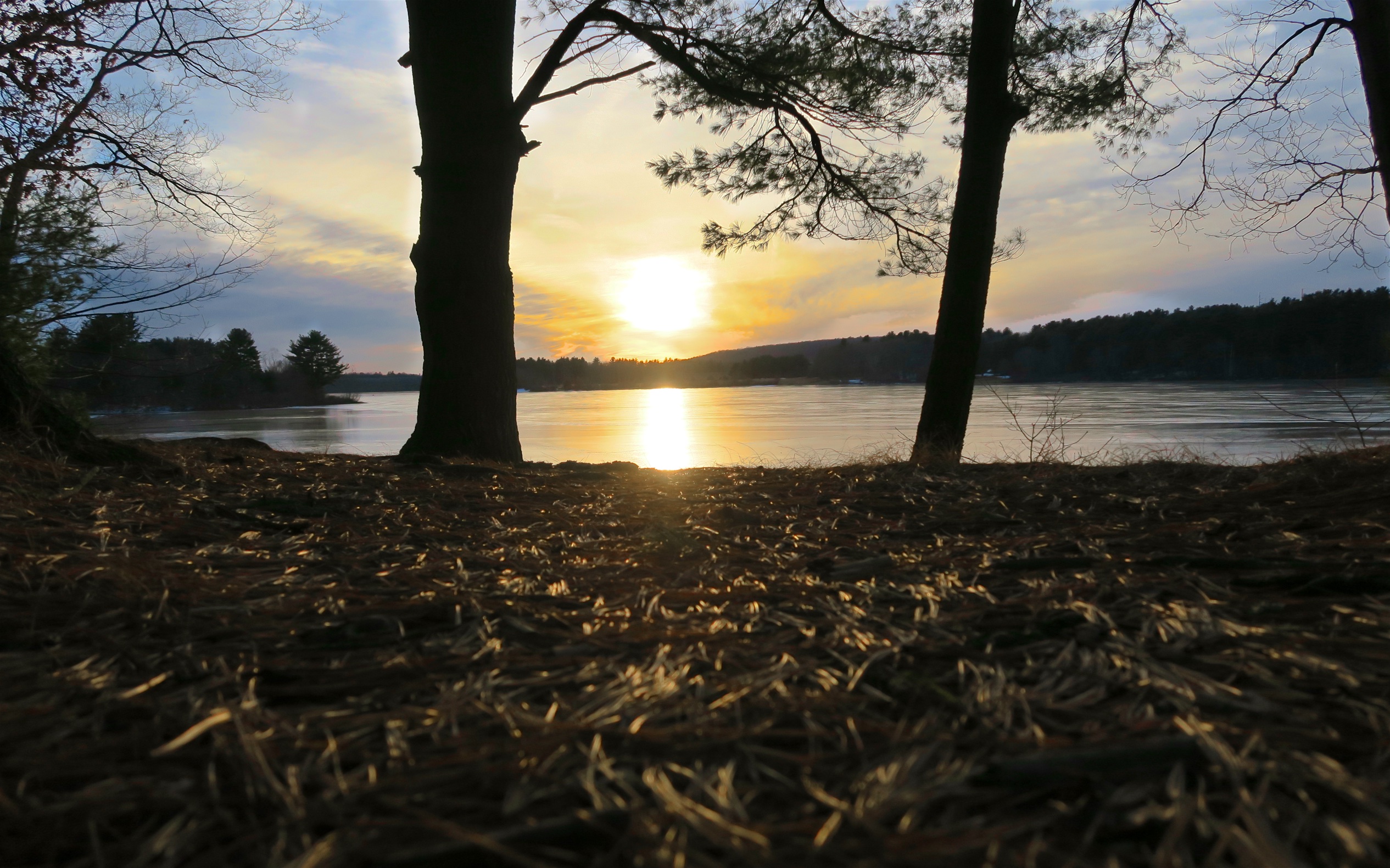