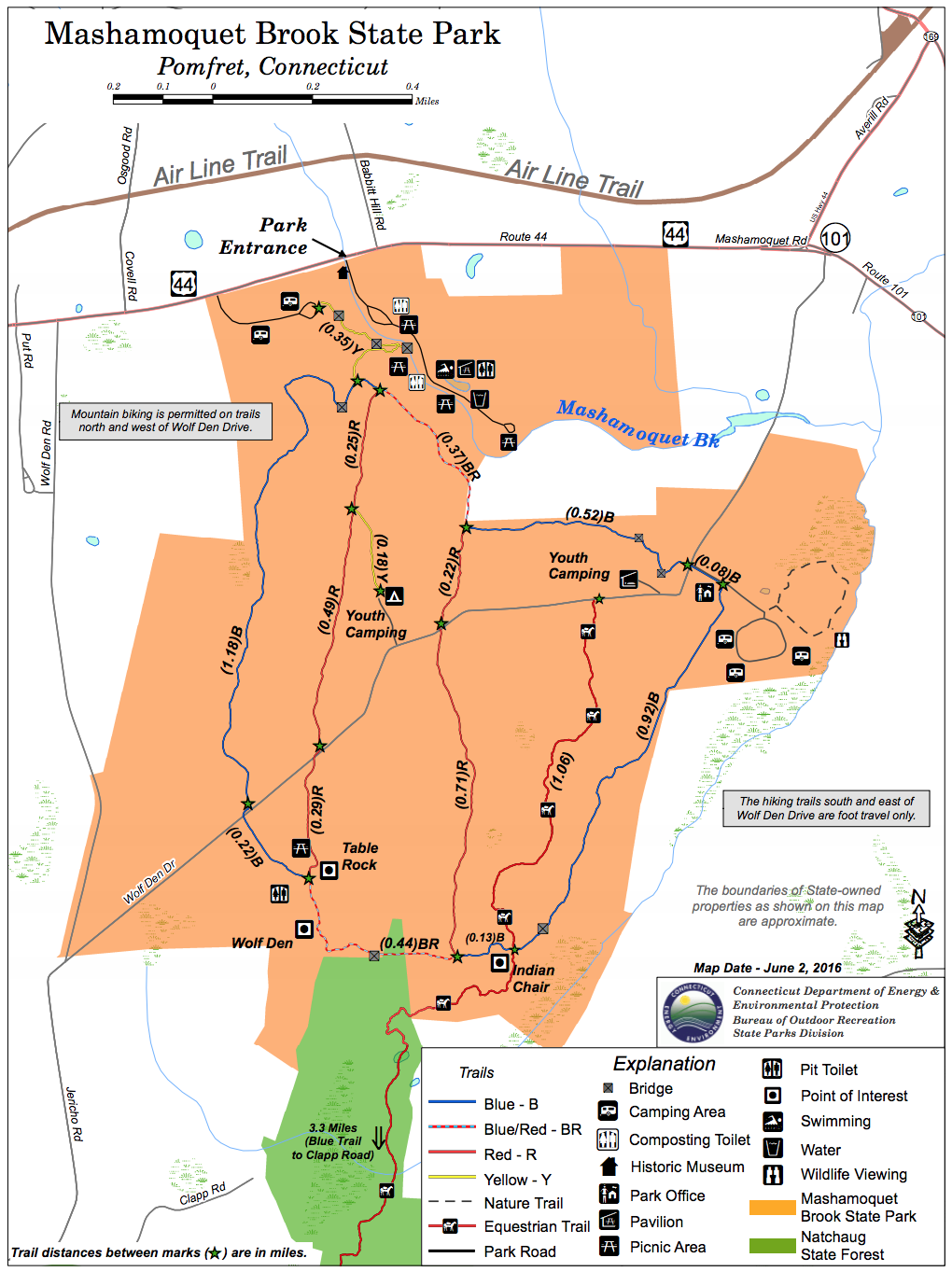 Mashamoquet Brook State Park has a number of picnic areas along the entrance road as well as fishing along Mashamoquet Brook.   There is a small beach and pond for swimming and across the pond is a large stone pavilion.

The park offers about 6.5 miles of trails.  The main trail is the blue blaze loop and is well traveled though it is often a bit undermaintained.  Sections of the red trail can also be a bit overgrown

The main destination for hikers is Wolf Den where Israel Putnam is fabled to have killed the last wolf in Connecticut.  It is south of Wolf Den Drive and several signs point you in the right direction. Near the den are the natural rock formations Table Rock and Indian Chair.  Indian Chair is a stone throne similar to the one at the Whitehall Park though this one has a better view off a ledge down into the forest.  Table Rock is a large slab of stone just off the red trail.

There is a good-sized beach and a pond that is popular for swimming when the water is high. Water quality status for swimming can/should be checked here

There are two separate camping sections Mashamoquet Campground and Wolf Den Campground.  Both can be reserved through Reserve America here

The Mashamoquet Campground has 20 sites and has out outhouses does not have access to running water.  The Wolf Den Campground has 35 campsites, with restrooms, showers, drinking water, and a dumping station.

The name Mashamoquet means “at the important fishing place” and was part of the tract known as the “the Mashamoquet Purchase” dating back to 1708, on which Pomfret was settled.

Mashamoquet State Park is a combination of three parks: Mashamoquet Brook, Wolf Den, and Saptree Run.  I don’t have an official date for when they combined.  The impetus of the park was a donation by Sarah Fay, a Pomfret resident who donated 12 acres of the brook and ravine. Sarah Fay and a Mr. J Bowditch also donated the original 4 acres at Saptree Run.  The state purchased additional land around both in 1918 for a combined 71 acres.

The southern 363 acres at Wolf Den was purchased by the state in 1924 from the Daughters of the American Revolutions who sold it the for the price they paid to preserve it in 1899.  An additonal tract was added in 1925 to bring the total to 425 acres.  In 1957, the 148 acre Hotchkins Wolf Den Farm parcel was added to bring the current total.

Wolf Den is the site of, Revolutionary War Hero, Israel Putnam’s slaying of the last wolf in Connecticut in 1742. The most popular version of the story David Humphrey’s 1788 biography of Putnam where,

“a female wolf had for several years devastated the flocks and herds of Pomfret. One night the wolf killed seventy sheep on the farm of Israel Putnam, who had recently moved to the sparsely settled area from Danvers, Massachusetts. Putnam and some others set out to track down the wolf, in one trek following her to the Connecticut River and back, whereupon she took refuge in this cave. Unable to get either his dog or his black slave to flush out the beast, Putnam himself entered the cave with torch in hand, discovered the wolf, shot her, and was pulled out with the body in tow by a rope tied to his ankles. Putnam’s courage won for him the admiration of the townspeople and established his reputation for bravery in the face of unknown odds.”

The plaque at the entrance of the den tells a version of this story and was originally placed by the E. P. Putnam Chapter of the Daughters of the American Revolution in 1920.  The site was added to the National Register of Historic Places on May 2nd, 1985. 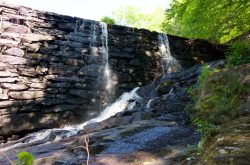 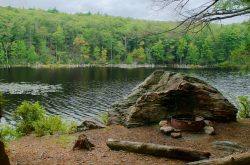 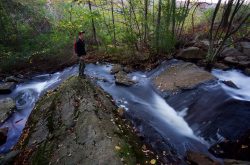