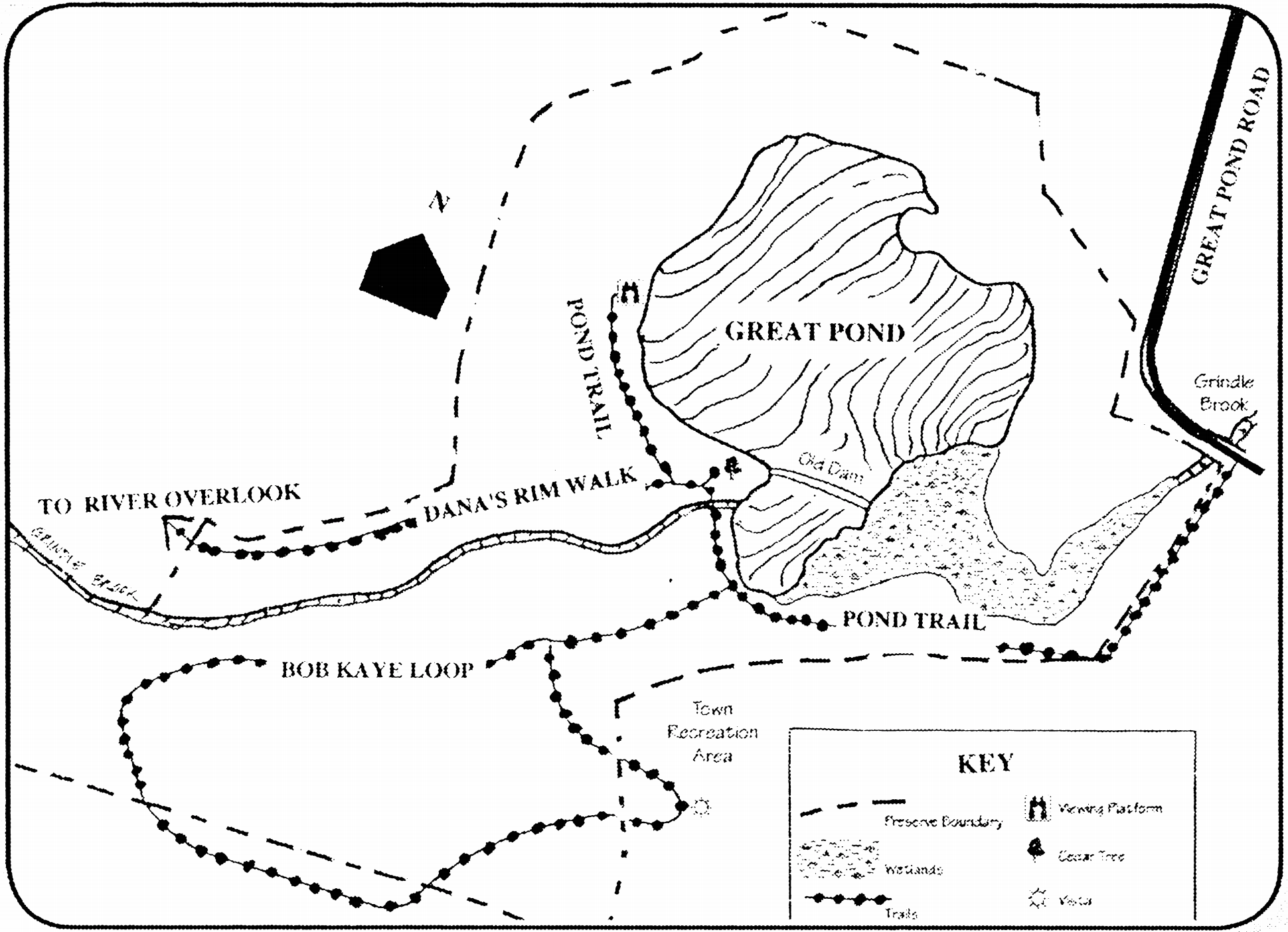 Great Pond Preserve was an unexpectedly nice hike in Glastonbury.  An ‘island and oasis among development’ as its founders would call it.

After hopping the curb to park on the grass I passed the commemorative plaque for H. William Reed who led the effort to create the park.  The trail descends gradually on a wide path until it reaches a large Nature Conservancy sign stating the parks rules and another kiosk with a trail map.

From here the trail narrows and was overgrown but passable in this section in September 2019.  The Bob Kaye loop soon splits off to the left and was a nice but uneventful loop.  Marteka says of the loop,

The trail passes farm fields off Old Maids Lane and along the top of a natural dam that once held the waters of Lake Hitchcock. The dam lasted about 3,000 years before washing out and creating the Connecticut River and assorted lakes and ponds across New England.

The Pond Trail continues to the Old Cedar.  This tree is by far the largest cedar I’ve ever seen and is a champion tree of Connecticut for its species at 58 ft tall.  The area around it is covered in poison ivy, but it can be admired from afar.  The Pond Trail dead ends at a nicely built pond observation platform built by Eagle Scout Jeffrey Snyder.

The best hiking is found on Dana’s Rim Walk named for Dana Waring who blazed the route while a member of the Glastonbury Conservation Commission.  The trail climbs steeply up the high bank of the Connecticut River to forested views of the water below.  The trail is cut into the side of the hill and fades away as it nears development off Bluff Point Rd.  While certainly more difficult than most other trails it has stuck with me more than any of the others hike in Glastonbury.  All it needs is one clear view of the water.

Established as a park in 1992 with the help of H. William Reed.

This area along the Connecticut River and across to Dividend Pond in Rocky Hill was the site of a natural dam of sediment, sand, and gravel that held back Lake Hitchcock as the ice retreated during the last Ice Age.  Lake Hitchcock is named for Edward Hitchcock, a geologist from the 1800s, and it lasted for about 3,000 years before the dam eroded and broke in a massive flood that eventually created the lower stretches of the Connecticut River. 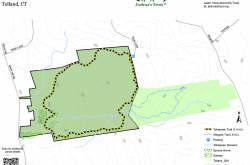 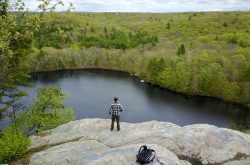