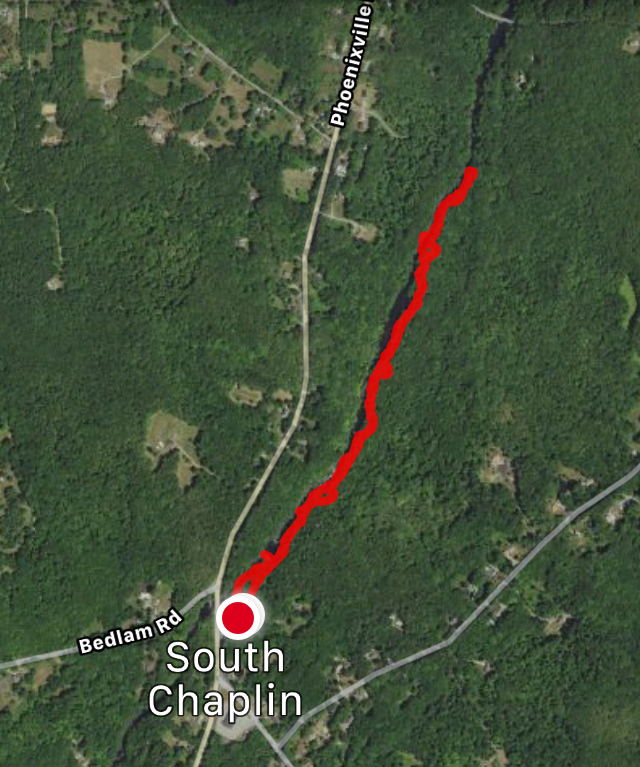 Diana’s Pool is a state-designated water access and fishing area along the Natchaug River.  This area is gorgeous year-round drawing visitors from all over to the evergreen banks of this infamous swimming hole.  It is a romantic mix of local legends and clear waters with short trails and a splash of old mill ruins.  You can’t do much better a description than the New York Times article from 1983,

“The Natchaug River almost seems to be flaunting its beauty as it swaggers this way and that, washing over boulders and dancing between bold rock formations, its banks thick with maples, oaks, black gum trees and deep-green hemlocks, its trout-filled sparkling waters so pure that botanists at a nearby university can’t begin to grow algae in it.”

If you follow the fisherman’s paths along the banks there are about 2/3rds of a mile that is easy to follow and 9/10ths if you really push it until they become the equivalent of a faint game trail.  The Town of Chaplin now owns the two parcels upstream from the state property, but haven’t developed them.  Most of the year you’ll find locals walking their dogs in the main falls area.

The main swimming hole is a large bowl sculpted out of rock (Diana’s Pool) just below the three foot falls.

Swimming is officially prohibited here ironically because it has been too beautiful and popular (see the 1983 NYT’s article below) and anything other than fishing is officially a ticketable offense.  Despite this, the swimming hole it is very popular on hot summer days and usually the only enforcement and tickets are for parking violations.

The DEEP annually stocks Diana’s Pool with trout, which means that there are fisherman’s paths in both directions along the Natchaug River.

After a good rain there are often whitewater kayakers on this stretch of the Natchaug.  The run is short at only a mile long, but intense with up to Class IV drop-pool river. Put in is at the bridge on England Rd (near 41 England Road, Chaplin, CT) and Diana’s Pool is the typical take-out spot.  Features in the section include Soco’s Suck, the Cow Sluice, Mousetrap, and Michaud’s Hole.

Caution is suggested, the river is narrow at only about 25 feet wide and there are strainers along this stretch, since spring rains loosen the sandy eastern Connecticut topsoil and trees topple into the river.

To check flow use this updating page or visit the gauge on the Marcy Rd Bridge.

From the The Surficial Geology of the Spring Hill Quadrangle,

“In the vicinity of Chaplin, a wide kame terrace spreads into the Stonehouse Brook drainage; it was possibly formed when a temporary dam of till or ice blocked the Natchaug River canyon below Chaplin. The distribution of the ice-channel fillings on which Ridge Road is built, together with the distribution of nearby meltwater spillways, suggests that the meltwaters flowed out from Stonehouse Brook and the Natchaug River and thence across the flat area south of Chaplin. When the temporary dam was breached, meltwater suddenly discharged down Natchaug Canyon. It deposited no stratified drift there; instead, all drift was removed down to bedrock, forming the stretch of rapids and waterfalls known as “Diana’s Pool”.”

Translation: During the receding of the glaciers a dam of “glacial till” (rocks, dirt, ice) formed blocking the meltwater until it broke and the resulting rush of water stripped the Diana’s Pool area down to bare rock.

“According to local lore, Diana’s Pool was named after a woman — her heart broken by her lover — who jumped to her death from a high cliff into the Natchaug River.  There’s also a legend that notes she slipped on all the tears she cried. And a totally different legend notes the area was named after the Diana family, who once owned the pool and ran a concession stand for visitors in the 1800s.”

This stretch of the Natchaug has a rich manufacturing history. The Windham County Map of 1833 marks this area with a sawmill, which may have been the old Howard saw and grist mill mentioned in the 1889 history of the county.

Just north of the pool are huge stone blocks lining the north side of the river.  These ruins seem to line up with the Natchaug Paper Co. indicated on the Chaplin Town Map of 1868. The paper mill was started by Peter Lyon Esq. sometime after 1837 (though the 1856 map doesn’t mention a paper mill yet) and Lyon died in 1863. So it strengthens the case a bit that the house across the road is labeled Mrs. Lyon, as if his widow was still living there while the business continued. The History of Windham County says that the mill was purchased from Lyon by a Mr. John Page, later a John Dickey, and then Green & Bathwick until the mills burnt down.

The Case brothers of Manchester invested in both the paper mill and the old Howard mill rebuilding them. The book doesn’t give dates and isn’t clearly written, but it seems the mills were able to get 100 horse power from river and produce around a 1,000 tons of paper per year.

After this there is a gap in the records for almost a hundred years that I would love to fill in. Please send me an email if you have any details from the first half of the 1900s.  The state purchased the property likely sometime between 1970 and 1983 based on USGS topographic maps of the area (Spring Hill Quadrangle).

The bridge over the Natchaug River just downstream from the main pool was built in 1926 and is an example of the state’s interest in ornamental concrete in the early 1900s.

In 2001, the Town of Chaplin received an Open Space Grant from the state to purchase the 43-acre Garrison Estate Open Space north of Diana’s Pool for $42,500.  Then in 2012 the town received funds from the George Dudley Seymour Trust to purchase 18.42 acres Fornal property for $46,000. 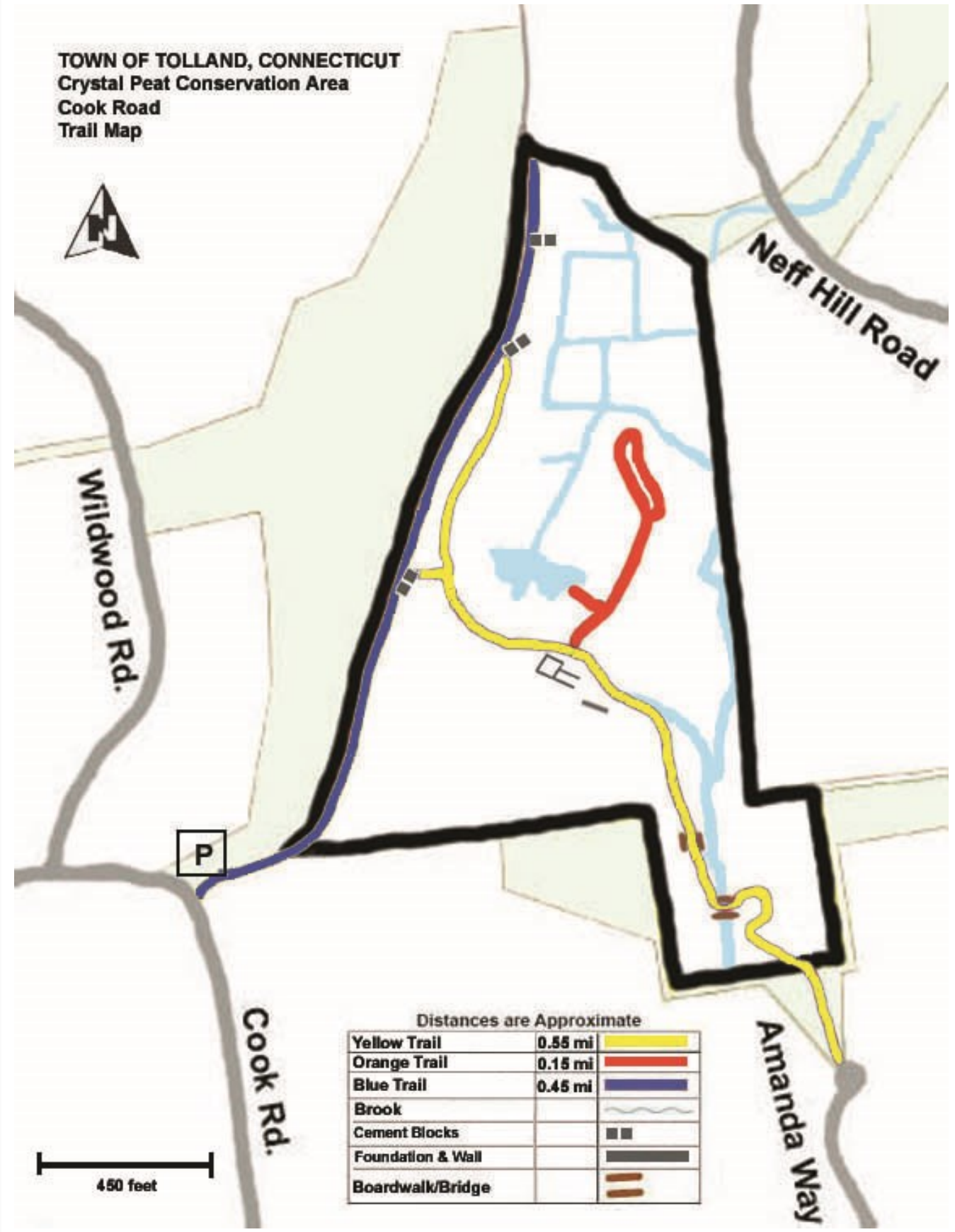 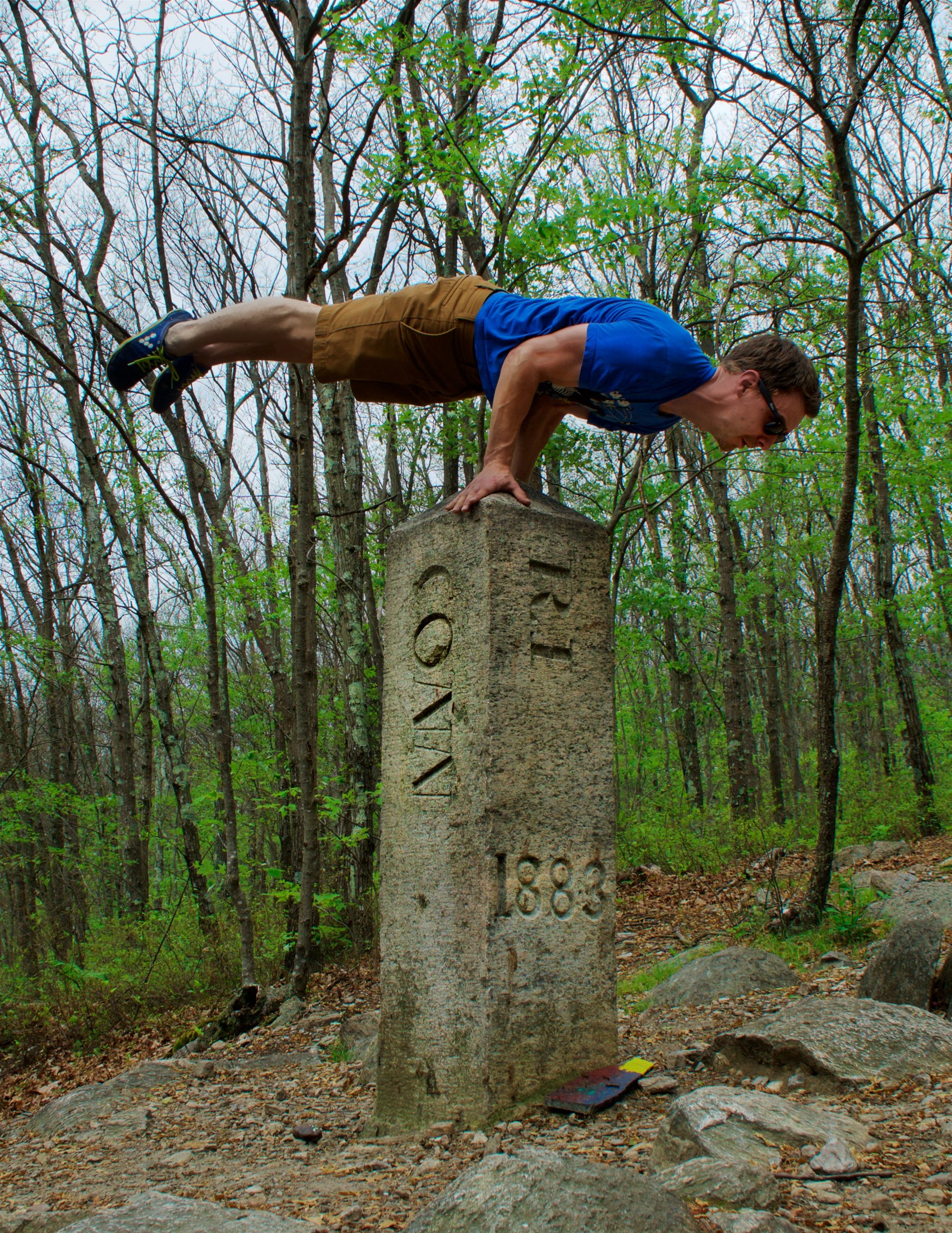