guide to all the forgotten town trails, magnetic rocks, and history it has to offer.

Brooklyn has seven hiking spots for 10 miles of trail, a boat launch and fishing on the Quinebaug River, and a disc golf course. 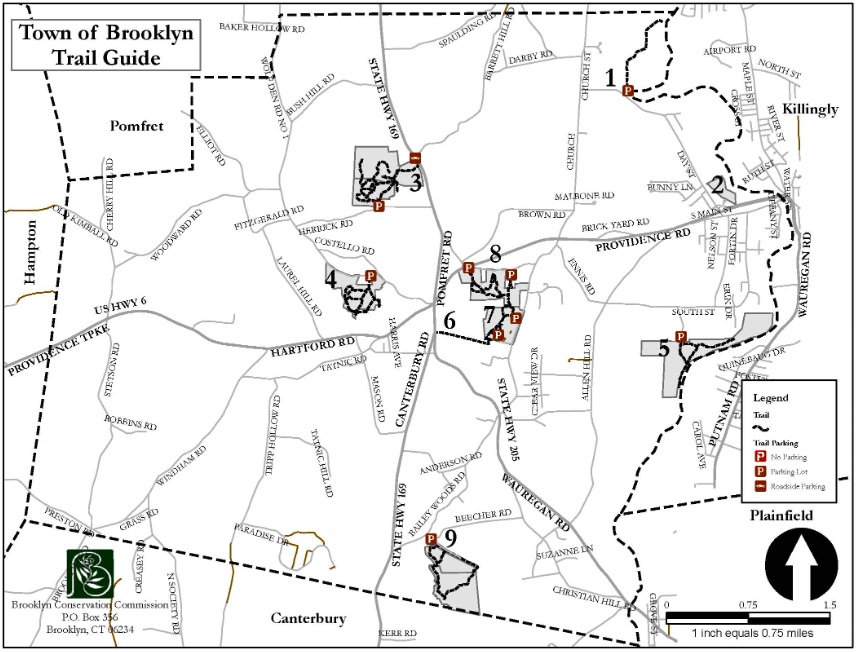 Originally the area was once part of the lands claimed by the Mohegan chief, Uncas it was peopled by the Wabbaquassets. The land was deeded to Capt. James Fitch in 1680 and was sold to the first local settlers in 1703.

An area of the town was formerly known as Mortlake. It had been purchased in 1686 by Puritans who lived a separate life from surrounding towns until it was finally included in the community in 1752.

Brooklyn was named in 1752 as the ‘brook line’ (the Quinebaug River) with neighboring towns.  It was  incorporated from Canterbury and Pomfret in May 1786 making it the 87th oldest town in the state.