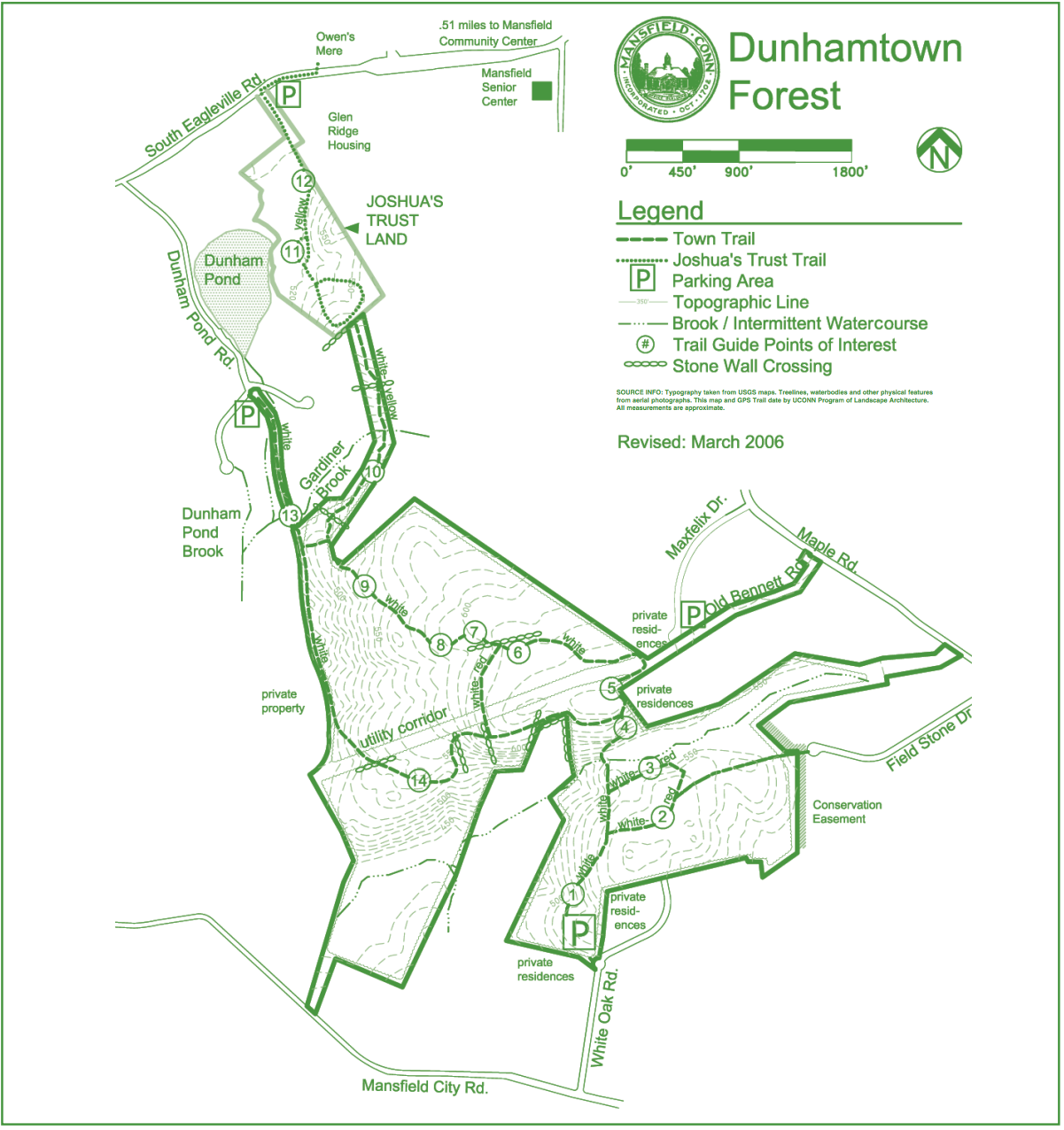 Dunhamtown Forest has a total of 3.9 miles of trail if you include the Joshua’s Trust Dunham Woods.  Though hiking all the trails means retracing in several places resulting in a much longer hike.  There are a number of access points including along Dunham Pond Rd, Old Bennet Rd, and White Oak Rd.  All access points reach the main inner loop from various distances.  The trails cover old logging roads as well as narrow footpaths.

From the main starting point just inside a private drive, you follow a wide and straight forest road between Mansfield homes.  It was once a town road called Donovan Rd, “because the Donovan family owned the farm from 1885 into the 20th century.”  The trail passes over Gardiner Brook which provides a view of a tiny cascade and the ruins of a saw and gristmill.  The trail starts to ascend bordered by as many as eleven strings of barbed wire that fences off marshy private property.  After crossing a utility corridor which is lined with brilliant white birch the trail reaches the crest of a ridgeline that provides a forested view of the valley below.  Farther along the ridgeline there is an option to continue on the loop or descend to the White Oak Rd parking with its own mini red/white blazed loop.  This section was the site of logging in the early 1990s.

Continuing on the main loop recrosses the utility corridor and winds its way to a small cellar hole foundation.  Nearby there is a well covered in plexiglass for safety a signpost likely once held further information, but it is empty now (2/2018).

Not too far away are the squared stonewalls that denote the former Dunhamtown Cemetary.  Mansfield’s brochure notes that the graves were moved to the Pink Ravine Cemetary along Bone Mill Road.  This section of forest contains many old oaks a number of which have fallen or were cut down as part of active management.  The last section of the loop has a yellow/white blazed spur to the Joshua’s Trust Dunham Woods, which passes over Gardiner Brook, through a hemlock grove and along a boundary line wall of piled sticks.

From the town’s brochure, “This area was known as “Dunhamtown” because the Dunham family had a farm here from 1695 to 1873.  When it was abandoned, the forest returned, including the nearby large, 80-to-120-year-old oak trees.”

Peter Marteka – A Hike Back Through Time In Dunhamtown Forest (2004) 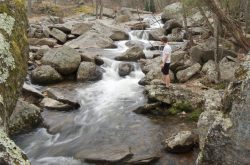 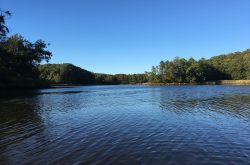 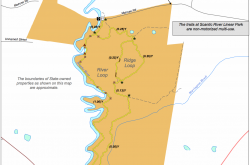